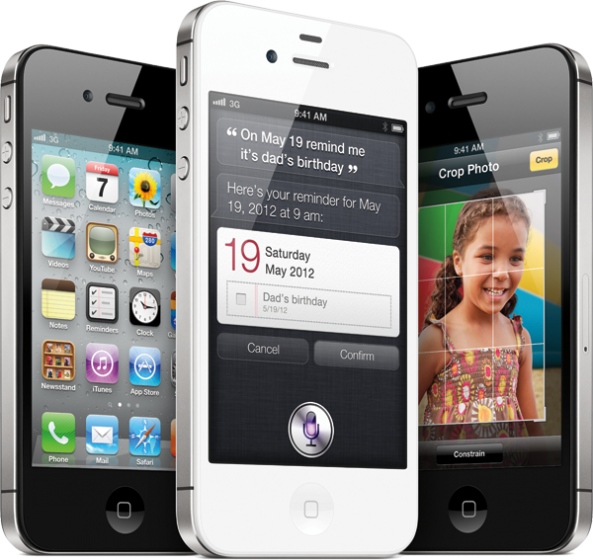 The first official iPhone 4S reviews from journalists all over the web have hit. Pundits that got their hands on the iPhone 4S at Apple’s last event have dished on everything you need to know about Apple’s latest smartphone.

Jump the break for a roundup…

“Sometimes, as we all know, looks can be deceiving. While Apple’s latest iPhone doesn’t look different, and may not be the kind of blockbuster people expect from the late Steve Jobs’s company, it thinks different, to quote one of Apple’s old ad slogans. Inside its familiar-looking body there lurks a nascent artificial-intelligence system that has to be tried to be believed.”

“I’m happy that Apple decided not to change the form factor even though they had to know there would be some backlash from a certain segment of the population (read: idiots). Instead, Apple focused on the other thing they do best: refining already great products to make them better. The iPhone 4 was a great product. The best smartphone ever made. Now it cedes that title to the iPhone 4S.”

Joshua Topolsky for This is my next:

“The iPhone 4S is a great device for some, but what if you’re thinking of upgrading from an iPhone 4? That’s a tougher call. The phone is faster, to be sure, and has an amazing camera. And of course, you can’t get Siri unless you have a 4S… but I just don’t know if any of those reasons are compelling enough to convince previous buyers to upgrade. The concept is a particularly hard sell for Verizon customers. The gap between this year’s model and last year’s model isn’t as wide as Apple would probably like.”

Jim Dalrymple for The Loop:

“You can look at each of the items that Apple will release in conjunction with the iPhone and be amazed with how innovative each one of them are.

When you put them all together in one product like the iPhone 4S, you have an incredibly successful product that other companies just can’t compete with.”

“The question isn’t what’s in a name — it’s what’s in a phone. And the answer is: “A lot of amazing technology. And some of it feels like magic.”

“Although the iPhone 4S sports a faster processor and an upgraded camera, the feature that everyone will be talking about is Siri. Siri, which replaces the Voice Control feature introduced with the iPhone 3GS, allows you to speak commands to your phone and have it do your bidding. You even activate Siri the same way as you did Voice Control: by holding down the home button on the iPhone itself, or by holding down the control button on your wired or wireless headset.”

“Apple never specified what the “S” stands for in iPhone 4S, and it may as well stand for Siri.

Sure, the fifth-generation iPhone’s superb camera and speedy dual-core processor are classy additions. But Siri is the reason people should buy this phone.”

Here’s a sweet video of Siri in action from Macworld:

All of these reviews are great. We can’t wait for iPhone 4S to finally arrive on Friday!