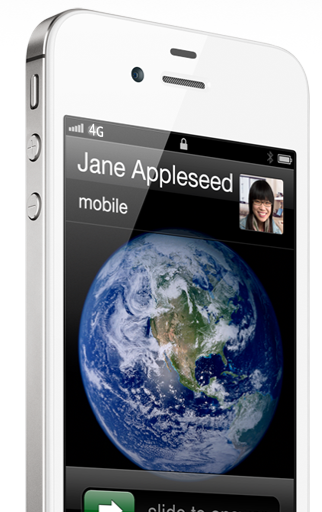 What is 4G? Other than the fact that it’s the wireless standard that comes after 3G, I’m not sure that a lot of people outside of the ITU (International Telecommunications Union) know the answer. It’s supposed to be a lot faster, right?

For months, both AT&T and T-Mobile have been taking advantage of this grey area surrounding the marketing buzz term, touting their HSPA+ networks as “4G.” Now it appears that Apple is going to be hopping on the bandwagon…

This is my next is reporting that it’s heard that Apple and AT&T are working together to replace the current 3G logo in the statusbar of the iPhone 4S, with a 4G one. While the move may prove useful in marketing the device, it’s a bit strange.

Apple seemingly went out of its way on Tuesday to avoid putting its new handset in the 4G category. The company made it clear that the iPhone 4S was capable of speeds comparable to other 4G handsets, but that’s as far as it went.

Now it appears that users will be able to download an iOS update at some point that will place the coveted 4G logo in the status bar of Apple’s latest handset. Like 3G, the 4G logo should only appear when AT&T’s HSPA+ network is in range.

As the site points out, this could make the 4G game even more confusing for customers, especially since AT&T is currently rolling out an LTE network. A lot of folks have dubbed LTE as the “authentic” 4G technology.

What’s even more interesting is that there has been evidence that Apple is working on integrating LTE into its future products. So if the iPhone 4S is advertised as 4G, how will Apple’s LTE gadgets be marketed in the future?