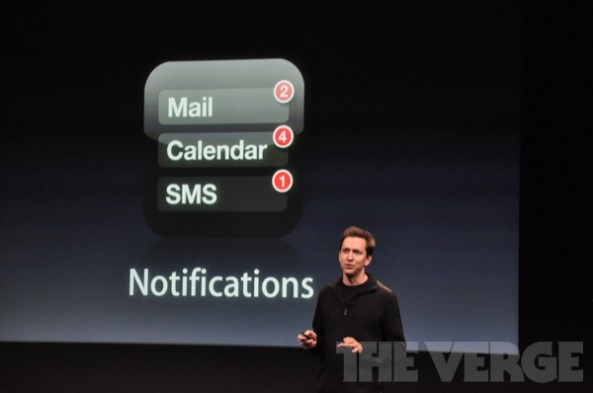 Scott Forstall is on stage now at Apple’s iPhone event. For that past 15 minutes, the Apple V.P. has been recapping all of the iOS 5 features that the company unveiled back at WWDC this Summer.

New additions like Notification Center and the new GPS-based Reminders app are exciting and all, but when can the public expect to see the new software? Apple just announced that iOS 5 is dropping October 12th…

Apple has seeded 7 Betas of its iOS 5 software to over 100,000 developers during the past three months. For the last month or so, the entire iOS community has been on the lookout for either a Beta 8 or a GM (Final) version.

Finally, though, we have word from Cupertino. Scott Forstall just gave the good news that everyone with compatible iDevices, can start enjoying the new software next Wednesday. Stay tuned for more iPhone event coverage.