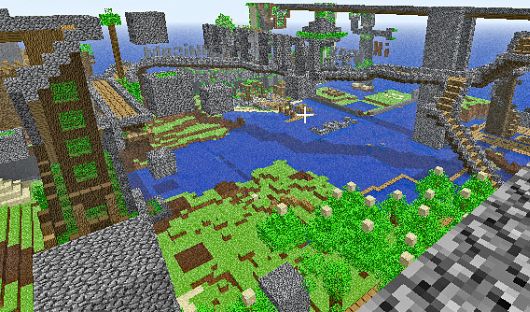 Minecraft, the block-based building phenomenon that has been sweeping the planet for quite some time now, is set to get its very own iOS release.

That’s the good news. The bad news is that it won’t be released by “the end of the year.”

The quote comes from a YouTube video that Majong, the team behind Minecraft, posted to YouTube, showing off the game running on an Android phone. Those lucky little robots will be able to get their sticky little paws on the game tomorrow, September 29th. Us iOS-toting peeps aren’t quite so fortunate.

What the video does do, though, is give us an idea on how the game will word on a touch-based device. Expect an on-screen D-pad to be the order of the day, which unfortunately appears to cover quite a chunk of the screen. Still, there’s only so much you can do with a touch-screen, and it’s not like you’re missing out on some glorious graphics while staring at your thumb, right?

Right now, we don’t know a great deal about Minecraft – Pocket Edition on iOS, but we’d expect more details to start trickling out once the Android release is done and dusted.

Are you a Minecraft oficiando who can’t wait to play on the iPhone?