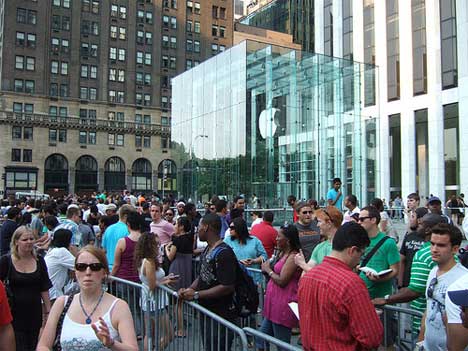 Not many people would argue against the assertion that Apple is indeed a ‘cool’ brand. iPhones, iPads, and iPods have propelled the Cupertino company into the hearts and minds of the buying public, but you know what is even cooler? An Aston Martin, at least for people in the UK…

That little bombshell comes courtesy of the CoolBrands index, which aims to rank the coolest companies in the UK. In this latest rankings, Aston Martin is sitting pretty in the number one spot, with Apple in second. After that it’s a mish-mash of tech companies, with Blackberry, Google and Youtube all in the top ten, along with the likes of Nike and Rolex.

It would be interesting to see how those stats change when Apple announces the next iPhone this coming week!

“Stephen Cheliotis, chairman of the CoolBrands Expert Council, said: “Cool is subjective and personal. But being identified as a Cool Brand by the British public and a panel of influential opinion formers implies it is a brand that most Brits wish to own.

“Votes are based on a wide criteria of factors but these brands are clearly delivering cool in the eyes of consumers and influencers alike,” he said.”

You’ve got to admit, Aston Martins are pretty sweet!