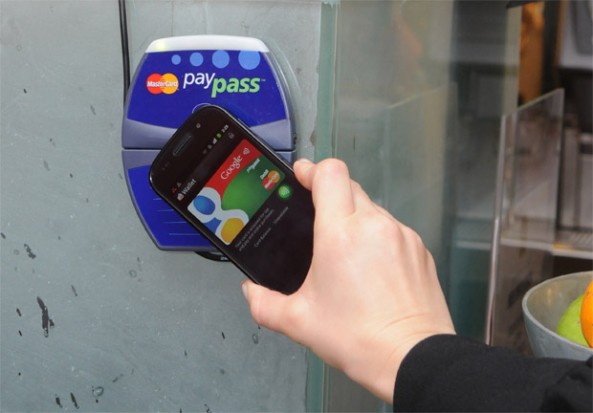 Google has finally unveiled its public service for mobile payments called Google Wallet. The NFC-based technology will initially work with select Android devices and participating merchants to give customers the ability to pay with their smartphones.

Short of a South Korean carrier offering an NFC-equipped iPhone case to customers, mobile payment technology has yet to make its name known on the iOS platform. Apple is expected to unveil an iPhone with an embedded NFC chip next year…

Here’s an example of how the service works:

Early adopters get an extra $10 loaded on their Google Prepaid Cards. What’s really cool about Google Wallet is that users will be able to scan participating merchant’s promo materials and get the coupons credited to their virtual Google Wallet accounts.

As mobile payments become more mainstream with services like Google Wallet, Apple will do what it does best: sit back and watch. Google will undoubtedly fail at certain things with Google Wallet and succeed with others. Apple will swoop in next year with its own NFC-like service that ties in with its users’ iTunes accounts. And it will be awesome.

TechCrunch has a great review and walkthrough of Google Wallet in real life, so check that out if you want to learn more.

At iDB, we’re more concerned with what Apple has planned in this department. It’s interesting to see what the competition is up to, but next year can’t come soon enough.