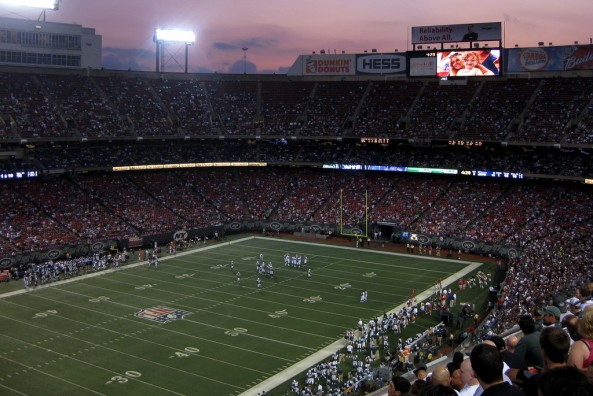 Football season is upon us. College football and NFL fans everywhere are gearing up for an exciting year of cheering for their favorite teams.

On the iPhone and iPad, there are several excellent apps for football fans. Let’s take a look at five of the best… 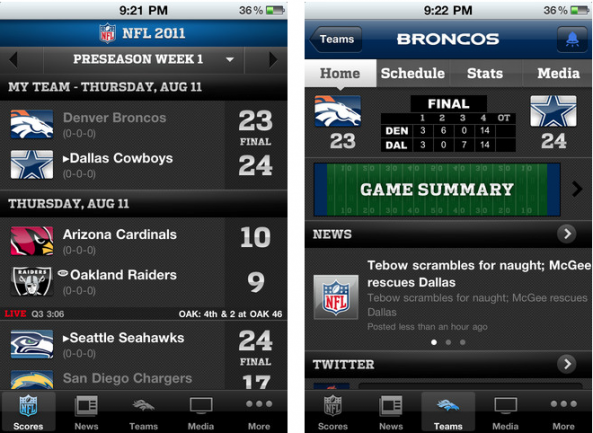 As the official app for the NFL, NFL ’11 is an obvious choice for an iPhone or iPad user this season. The app lets you track your favorite team, and you can customize the interface to display the most important information to you, like scores and stats. 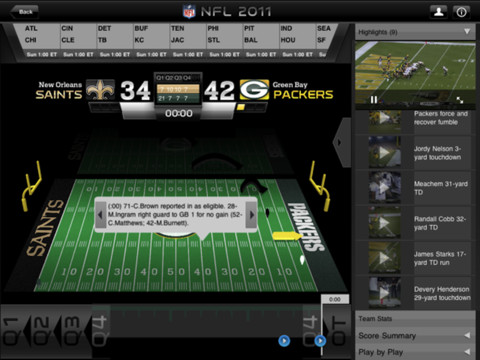 You can enable push notifications for any game, and see all of the scores and info about every game in a clean and straightforward interface. The app also has live scoring updates and play-by-play. You get all of your breaking NFL news and big play highlights in one app.

NFL ’11 for iPhone is available in the App Store for free. The iPad version is also free to download. 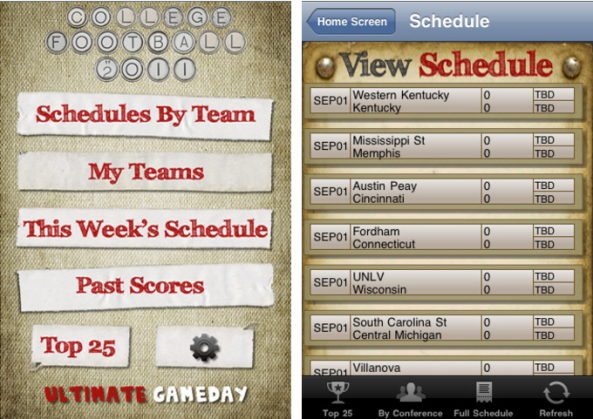 For college football fans, keeping up with game schedules and team rankings is incredibly important. The Ultimate College Football app for the iPhone lets you do all of that and more.

Ultimate College Football is a simple app that lets you track seating charts and game times. You can see rankings like the top 25 teams, and view a team’s independent schedule. The app even lets you upload a photo of yourself from the stands.

All D1/FBS teams in all conferences, including the new conference changes for the 2011 season, are present in Ultimate College Football 2011. The app even has an Offline Mode so that you can browse schedules and stats without a 3G or WiFi connection.

Download Ultimate College Football for iPhone in the App Store for $0.99. 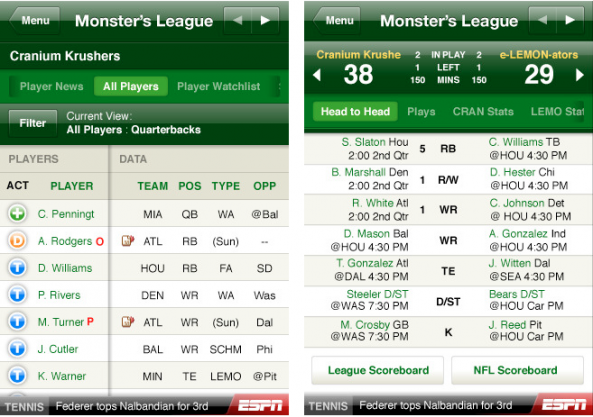 Fantasy football can be an addiction for some, and ESPN’s app makes it even easier to manage multiple teams and leagues. You can follow your matchups in real-time, and make last minute changes to your lineup.

You have access to FantasyCast Live scoring and stats information, and custom push notifications for scoring updates and information about your players, such as, injuries and substitutions. Get instant access to all of ESPN’s Fantasy information, and view/post messages on your league’s message board.

ESPN Fantasy Football 2011 for iPhone is available for free in the App Store. 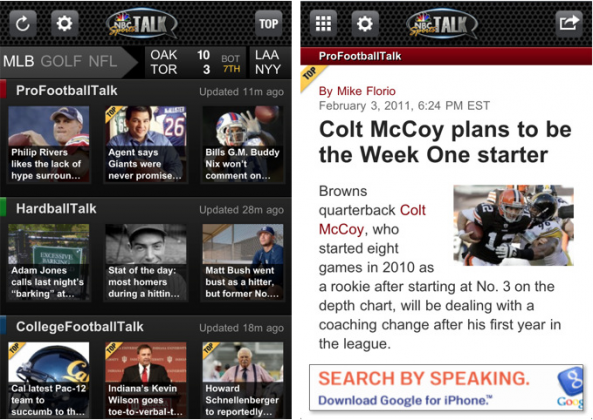 NBC’s talk radio brings you the “latest news, rumors and analysis for all your favorite sports.” With plenty of pro and college football talk to go around, NBC Sports Talk is sure to keep your football thrist quenched between games. 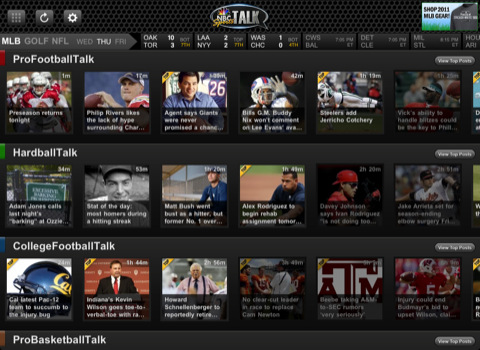 The app has a scoreboard strip featuring the latest scores and results. You can read news while listening to commentary, and share articles with friends on Twitter and Facebook. You can also access content offline when you don’t have a solid data connection.

NBC Sports Talk for iPhone is available for free in the App Store. The iPad version is also a free download. 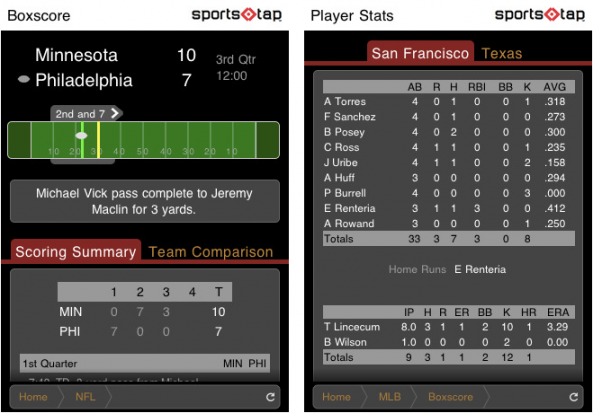 Sportstap is a powerful app for the iPhone that lets you track game day performance for multiple sports, including football. You can see news, stats, schedules, and in-depth Box Scores. The app also gives you Fantasy data by pulling in your picks and updating info on the fly. 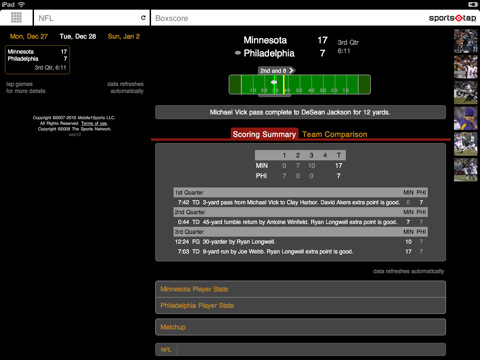 The Alerts feature sends custom push notifications with live game updates to your iPhone or iPad. With support for all conferences, you won’t get left in the dark with Sportstap. The app even has a LocalTap feature that lets you follow teams near you.

Sportstap is available for the iPhone and iPad in the App Store for free. 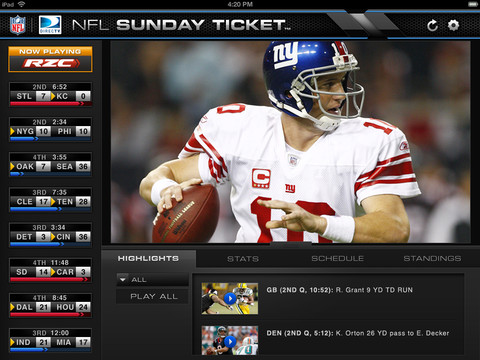 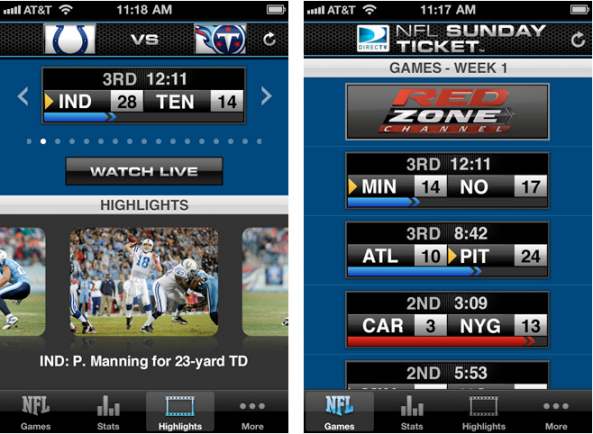 Tell us about your favorite football apps in the comments below! What do you think about the apps listed above?