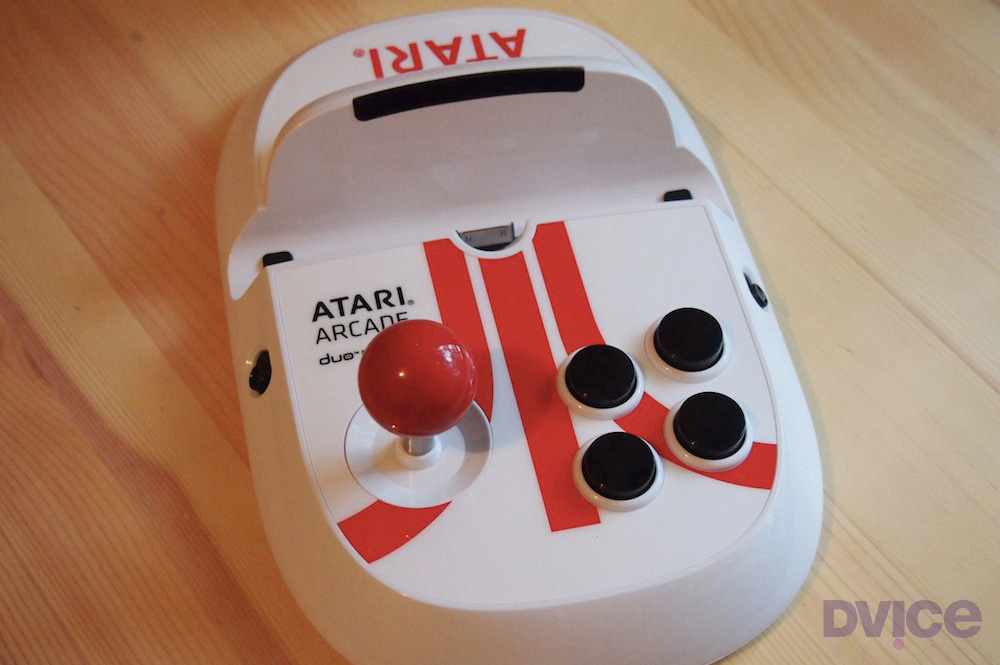 Remember that Atari-branded iPad arcade joystick peripheral we told you about yesterday? Remember how excited we were about the possibility of playing our classic arcade games on the thing, despite our lack of any real information about the device? Well, it turns out DVICE has played with the real thing, and all of a sudden, we’re not quite as excited as we were yesterday!

You see, DVICE has answered some of our burning questions, and we don’t like some of the answers…

The main question we had was whether the iPad could be used with the joystick in both portrait and landscape orientations. We assumed it could, but it turns out we were wrong.

The reason for that is the way the joystick interfaces with said iPad. The iCade, for example, uses bluetooth to communicate with the iPad, which means there are no restrictions on how the iPad is sat. The Atari unit however, works differently.

Atari has taken the decision to use the iPad’s dock connector as a means of sending information to the device, which obviously means the only orientation that’s going to work, is portrait. That’s a real shame, seeing as the joystick would have been really suited to side-scrolling shooters, for example.

We do now know the release date and price, at least:

“The Atari Arcade is scheduled to drop on October 2 at Target and then in November at Toys “R” Us and Walmart for $60. Take your pick, the iCade sells for a whopping $100. They’re both considerably expensive peripherals, but when has any decent “appcessory” made for the iPad been cheap?”

The choice between Atari’s Arcade and the iCade seems to simply come down to one thing: do you want to be able to play games in landscape, or would you rather save the $40?

We think we’d rather pay the cash and play whatever we want.