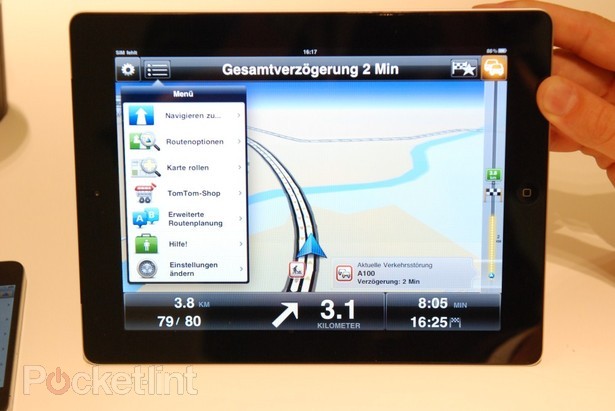 Are you a TomTom iPhone app user? Ever wish that your little 3.5″ screen was just a bit bigger for GPS navigation? Perhaps, I don’t know, say.. 9.7″ big for example? Oh, you have? Then you’re in luck, as the sat nav company has announced that it will be bringing its popular iPhone app to the iPad – and it won’t cost existing owners a penny.

Slated for release this Fall, the app will be a free upgrade to the existing iPhone app, turning it into a fully-fledged universal app…

So, what do all those extra inches get you?

According to the guys at Pocket-Lint, who were lucky enough to get some hands-on time with the app, the extra real-estate afforded by that huge screen will mean we no longer have to switch between screens for information, and the app itself can display more navigational data simultaneously, which is always a good thing!

“What you benefit from on the iPad is the superb size and sensitivity of the touchscreen, the like of which satnavs have been failing to ape for years. What that real estate now means is that there’s space to split the screen with window views within. Practically speaking, that means that you don’t have to surf the menus and experience the advanced lane guidance view as a screen switch but instead at the very same time along side the route map.” 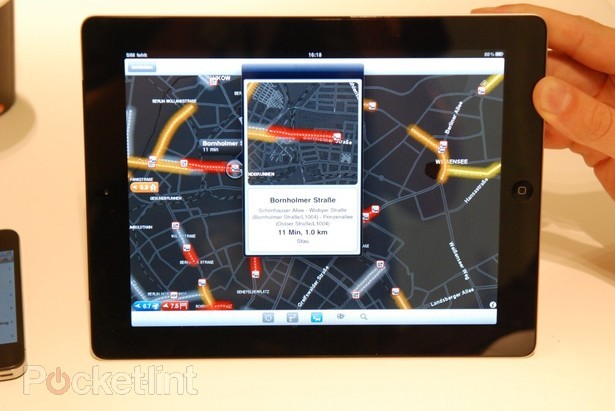 The issue now appears to be a severe lack of any TomTom branded iPad dock for your car. Hoisting that great big lump of aluminium and glass into the air is no easy job, and you’ll be wanting a sturdy contraption if you’re going to trust it with your pride and joy. While there are third-party solutions out there, we’d feel more confident if TomTom had one they could offer up. Until then, we’re not sure we’re brave enough to risk it.

As with all iPad navigation software, you’ll need a 3G iPad, as the WiFi-only models do not support GPS. Bummer.