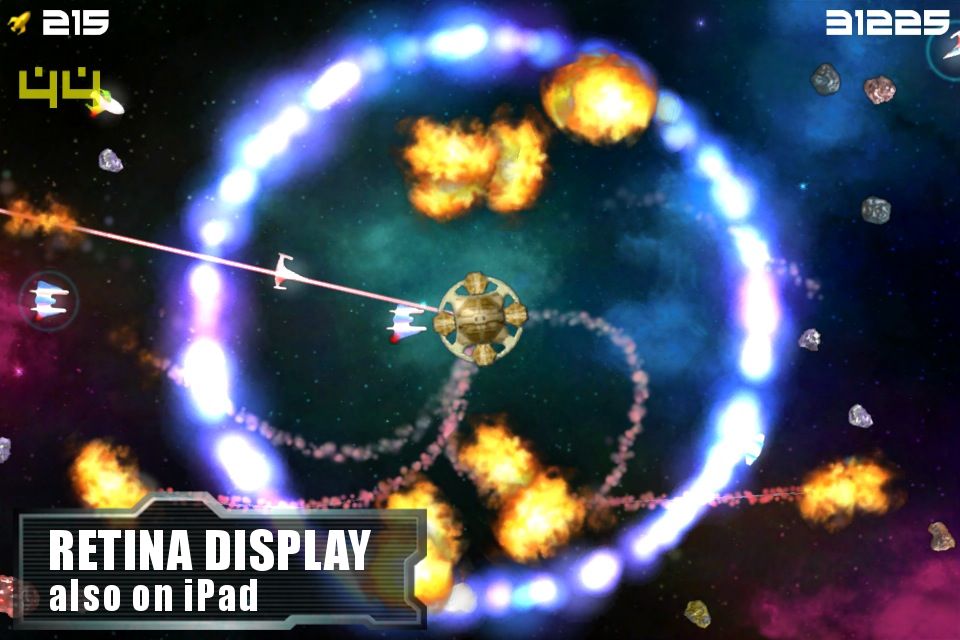 UNAgames, the two person iOS development team from Italy, is getting ready to release its latest game on September 1st. Titled ‘Tapsteroids’ and available as a universal app for both iPhone/iPod touch and iPad, the game is a fast-paced action shooter very much in the mould of the arcade shooters of yesteryear.

Tapsteroids will cost just $0.99 when it goes live in two short days…

“Tapsteroids is a fast-peaced arcade action shooter that brings the spirit of the old arcade games in the era of touch.

After the academy you are assigned the important task of protecting navigation routes from dangerous storms of asteroids that infest the space. With a rich arsenal of weapons at your disposal, you must ensure the safety of all spacecraft operating in your area and landing to your space station.

Survive in Tapsteroids requires dexterity, fast-tapping skill and also strategy on manage ammunition and on quickly identify the asteroids that are more dangerously close to your landing spaceships.”

Featuring over 20 achievements as well as Game Center integration and Retina Display graphics, Tapsteroids should keep us all entertained for a good while. UNAgames says 3D sound is also part of the experience, but we must confess to know actually knowing what that means until we get our hands on the game!

Check out the Tapsteroids web site for more screenshots, as well as a video which we’re told is on its way. And be sure to have a look at UNAgames’ other titles, too.

If you’re an iOS gamer with even a slight interest in mildly-retro shooters, Tapsteroids may well be right up your alley.