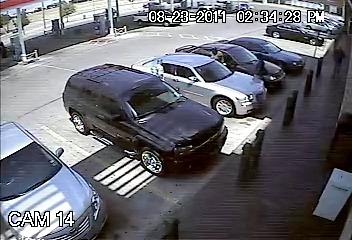 The fact that Apple products are highly sought after and typically more expensive than similar electronics make them the perfect tool for scam artists. An Apple gadget offered at a significant discount is enough to make anyone oblivious to scandal.

That certainly seems to be the basis of an epidemic that has Grand Prairie police officers scratching their heads. The North-Texas city has seen over a dozen instances of a recurring scam involving fake Apple products…

MacRumors passes on the police report:

“A car load of two or three males will pull up to someone at a convenience store or shopping center parking lot and it’s “Psst, hey buddy. Want to buy an Apple iPad or MacBook? They will tell the victim they are for sale for $300 each or both for $500. The Apple products are actually painted wood or loose leaf note books with the Apple logo on top and wrapped in bubble wrap. They are in a Fed Ex or Best Buy box and sealed up with tape. By the time the victim figures out the purchase wasn’t what they bargained for, the crooks are long gone.

Grand Prairie has had over a dozen such crimes committed since January of this year. The suspects have been mostly black males. However one offense involved a black female as well. The vehicles used vary in most cases. There appears to be several groups of thieves and sometimes the suspects never even get out of the car.

The public should be advised that it is unwise to purchase anything from the trunk of a car, no matter how good the deal seems.”

The scandal reminds me of the old “white van” grift, which involves a similar tactic of selling “high-end” speakers at a ridiculous discount. The scam has been around for years, and has been documented in countless cities around the globe.

As MacRumors has done, we will mention that the Chrysler 300 in the above photo was allegedly used in one of the crimes. And if you happen to live in the area and have information about the suspects, you can call Crime Stoppers at 972-237-8877.

While most of us believe our common sense would stop us long before we bought something from a person in a parking lot, the scam is obviously working. What would you do if someone offered you a new iPad or MacBook for $300 bucks?