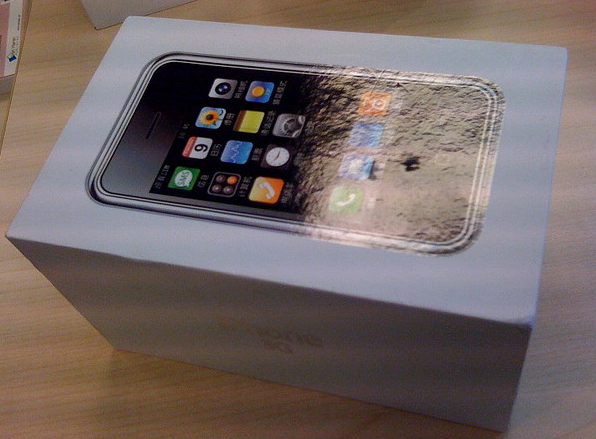 With so many look-a-likes and scams out there, a person has to be pretty careful when shopping online for an iDevice. Before purchasing any type of high-end electronic device, you always want to ask for the serial number to check and see if it’s been stolen, or if it’s even real.

The police of Morrow City, Georgia recently apprehended 2 suspects for using a popular website to sell imitation iPhones and empty iPad boxes for cash. The two culprits were picked up last Thursday in the process of selling 2 fake iPhones for a total of $400…

The suspects are accused of using Craigslist to rob folks of their money by offering iPhones and other Apple products at a discounted rate. The pair used everything from imitation iPhones, to floor tiles in iPad boxes to scam their victims and then conveniently disappeared.

The duo were finally caught last week when authorities responded to a disturbance in a local mall parking lot. Apparently, a victim finally decided to check the merchandise before driving off. When the police arrived to the scene he was on top of the suspect’s car demanding his money back.

The two 40 year-olds are currently in jail facing felony counts of theft by deception and multiple counts of trademark counterfeiting. I can’t believe they were able to get away with this in this first place. Why wouldn’t you ask to see the product before handing over the money?

How do your Craigslist transactions go down?