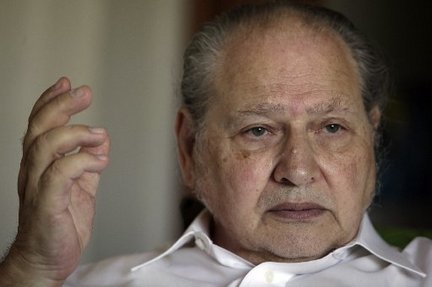 While both Steve Jobs and Steve Wozniak are well known for their roles in bringing their dreams to fruition in the form of Apple, there’s a third co-founder who often gets forgotten.

Ron Wayne co-founded the computer hardware startup back in April of 1970, along with his two best friends. And with the recent resignation of one of those friends, Wayne was shared his thoughts on the situation…

The Daily, the iPad-only arm of News Corp. and semi-failed experiment, released the article in its Friday edition. And it can be read right here.

Below is just a snippet, and we highly suggest you give the full article a read for the insights of Apple’s forgotten founder.

“The impact Apple has had on design and engineering is far-reaching, with the “Apple aesthetic” influencing an entire generation of artists, musicians, designers and engineers. Apple is not just a company, but a social catalyst — always creating products or services on the tip of the global subconscious. Apple “must” change the world and it “must” be the best at anything it attempts. Perhaps we are seeing the last of its kind: the “founder-driven” company.

One fascinating memory of our conversations was an exchange that was highly revealing of Steve’s nature. It was during the time when he was taking some college courses. I was amazed at his truly giddy delight in learning of the core principles of calculus, describing this understanding as a powerful design tool. It was as if Jobs had suddenly discovered a marvelous new toy, one that was possessed of limitless possibilities. I think it was this pure, radiated enthusiasm that made it so exciting to be around him.”