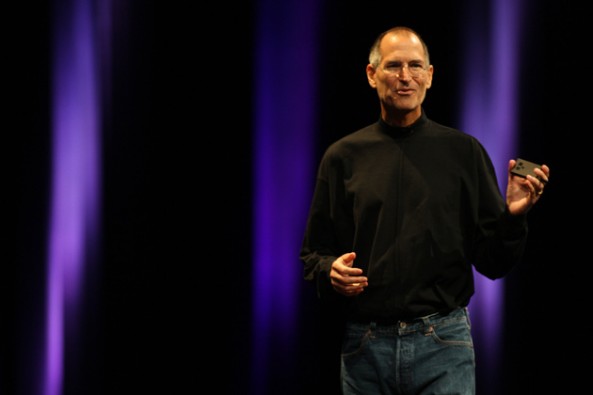 As you can imagine, it came as a surprise to all of us when Steve Jobs announced that he was stepping down as CEO of Apple this afternoon. Sure, we all knew that he has been battling health problems, but we figured he’d at least stick around as CEO for the company’s upcoming announcement this Fall.

While we don’t know if Steve will grace the stage this Fall to unveil the iPhone 5, we do know that the impact he left on the technology space will be felt for decades. We’ve collected some of the best responses to Steve Jobs’ departure from around the internet…

Jobs’s greatest creation isn’t any Apple product. It is Apple itself.”

“Today, we are living in a world that is about taking short term decisions — CEOs that pray to at the altar of the devil called quarterly earnings, companies that react to rivals, politicians who are only worried about the coming election cycle and leaders who are in for the near term gain.

And then there is Steve and Apple — a leader and a company not afraid to take the long view, patiently building its way to the future it envisions for itself. Not afraid to invent the future and being wrong. And almost always willing to do one small thing — cannibalize itself. Under Steve, Apple was happy to see iPhone kill the iPod and iPad kill the Macbook. He understands, you don’t walk into the future by looking back — if you do, you trip over yourself and break your nose.”

Leander Kahney of Cult of Mac:

“The way he did it was pretty brutal. Perhaps he should have called a press conference, or announced it at one of his special product announcements. Instead, he sent out a short, cryptic press release. It explains little, and leaves a lot to the imagination. Of course he’s too sick to continue working. That’s all he does — work. If he’s stepping down, his fragile health must be declining. It’s a sad day. The press release is totally in character, of course, but still pretty brutal and impersonal. Especially for his fans.”

Part of Jim Dairymple’s brilliant piece on The Loop:

“Here’s to the crazy ones. The misfits. The rebels. The troublemakers. The round pegs in the squareholes.

The ones who see things differently. They’re not fond of rules. And they have no respect for the status quo. You can quote them, disagree with them, glorify or vilify them.

About the only thing you can’t do is ignore them. Because they change things. They invent.

They imagine. They heal. They explore. They create. They inspire. They push the human race forward.

Maybe they have to be crazy.”

“Steve Jobs’ resignation as chief executive officer of Apple is the end of an extraordinary era, not just for Apple, but for the global technology industry in general. Jobs is a historic business figure whose impact was deeply felt far beyond the company’s Cupertino, Calif. headquarters, and who was widely emulated at other companies.

And now, for the first time since 1997, he won’t be the company’s chief executive.”

How do you feel about Steve Jobs no longer being the CEO of Apple? Does it change your perception of the company?