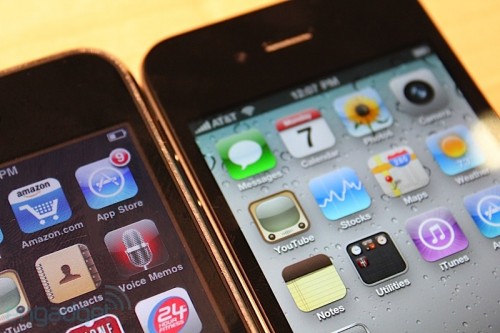 With all of the statistics flying about regarding Android and Apple handset sales, it’s extremely easy to get confused. Sometimes you hear that iPhones are topping the charts, and other times you see that Android is “leading the market.”

MacRumors points to a survey done by the NPD research firm that might just help clear the air. Their quarterly Mobile Phone Track report gives some serious insight into who is the top-dog in the mobile industry…

It’s no surprise that Android handsets lead the U.S. smartphone market with 52%. That means that out of all of the smartphones sold during the 2nd quarter of this year, over half of them were Android devices. In comparison, Apple garnered 29%.

The reason why that shouldn’t shock you is that there have been over 30 new Android handsets introduced by the 4 major carriers (and countless smaller ones) this year. Apple has had 2 models available on 2 major U.S. operators.

But while Android sold the most devices, there wasn’t a single handset that outsold the iPhone 4. Even the 3GS, a phone introduced over 2 years ago, sold more than the competition.

SplatF notes some of the reasons behind the iPhone’s popularity, like the fact that this was the first full quarter the Verizon version was available, and the white iPhone 4 launch. Obviously, AT&T’s 3GS for $49 promotion helped out as well.

I think the fact that a phone that has been on the market for 26 months (3GS) and is still outselling new devices speaks volumes about Apple’s products. $50 or not, the company seems to really know both what people want, and will want.

What do you think about the survey results?