Apple recently won a preliminary injunction case in Europe banning the sales of Samsung’s Galaxy Tab 10.1. Based on a case of infringed intellectual property, Apple was able to convince the court that Samsung’s tablet copied the design of the iPad too closely, and Apple requested a block of all sales in the European Union until the case could be further investigated.

It looks like Apple doesn’t mind playing a little dirty. A report has surfaced that Apple could have allegedly tampered with and falsified evidence against the Samsung Galaxy Tab, and the ban on the tablet’s sales has been lifted in Europe while the court investigates. 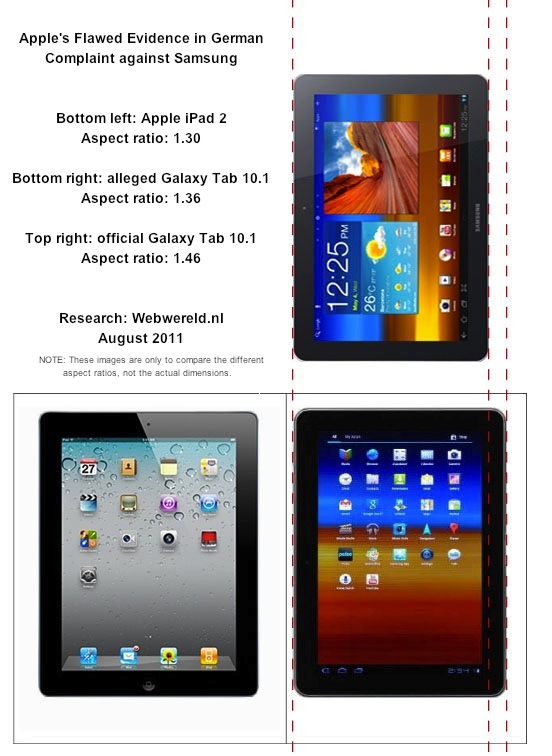 Due to the way that Apple’s preliminary injunction filing process went, Samsung was not able to refute the images before the court made the decision to temporarily ban sales of the tablet in Europe.

It’s important to note that Apple did submit more evidence than these promotional images of the two tablets for court review, but it’s still curious that falsified evidence was submitted at all.

CNET is now reporting that the ban on Samsung’s tablet in Europe has been lifted, with the exception of Germany.

“The lifting of the temporary injunction is in effect at least until Apple and Samsung meet again in court on August 25 to present arguments over the future of Tab sales in Europe.”

Whether or not Apple intentionally falsified evidence in this case is unclear at this time. If Apple’s legal team did have a hand in this shady activity, we can all assume that these ‘copy cat’ lawsuits are becoming more heated than anyone could have predicted.