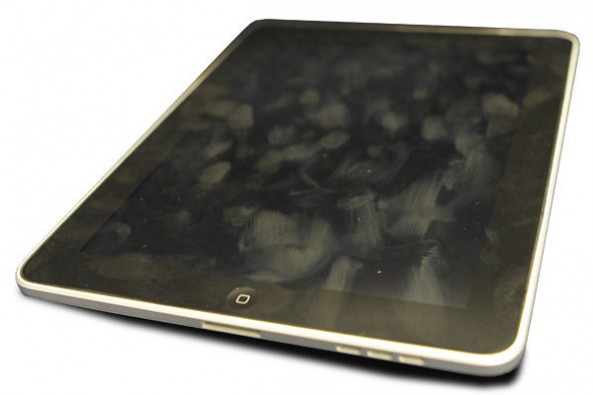 A new patent application surfaced last week that points to Apple’s extensive research regarding oleophobic coating. The ingredient is used to fight off skin oils, which cause fingerprints and smudges on touchscreen displays.

Apple originally introduced the coating back in 2009 on the iPhone 3GS, but this application describes a more efficient method for applying the material. Mix in the fact that the patent was just filed in February, and we could see Apple use this on their upcoming smartphone…

As The Next Web points out, Apple’s current method for applying the oleophobic coating involves placing a bunch of pellets of the ingredient in a chamber under the glass. Then they superheat the pellets until they vaporize and coat the display.

The process that’s outlined in the new patent describes a different method for applying the coating:

In layman’s terms, the new method will not only make displays more oil-resistant but could also increase its lifespan. And if you still have an iPhone 3GS or iPad laying around, you know what a big deal that is. Here’s hoping we see this patent find its way into consumer products sooner, rather than later.