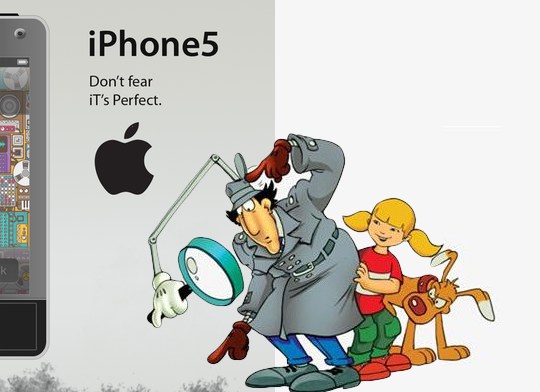 As Apple’s next media event draws near, rumors are flying left and right about when the event will take place, what will be announced, etc. When it gets this close to showtime, the rumor mill goes into full throttle. Various news sites and tech pundits share their knowledge of Apple’s secret plans through unknown, “reliable sources” that always seem to be “familiar with the matter.”

You probably already know this, but Apple is going to release a new iPhone soon. Some even think that Apple will release two iPhones soon. Most think that Apple’s next announcement will be iPhone-centric, and the event is definitely going to take place before the holidays.

But honestly, that’s all anyone knows right now. Still, let’s try to clear up some of the confusion…

It’s easy to get caught in the rumor crossfire when you read Apple sites, and sometimes it helps to take a step back and look at everything from a 10,000 foot view.

This past Friday is a great example of how confusing and contradictory the Apple rumor mill can be. In one day, a rumor came out that Apple’s next media event would take place on September 7th. This report was then followed by a debunking of that rumor within hours from a more credible source. In the same day, a separate rumor was published that Apple’s next event would take place on October 7th. AllThingsD then felt the need to reiterate its previous report of an October date, by saying that “it’s all coming” in October.

Whew. If you follow Apple rumors/news as closely as I do, that’s one confusing day.

Why are Apple rumors so contradictory? And why are so many sites publishing — for the most part — far-fetched speculaton that will never actually come true?

Last year, there was the infamous iPhone 4 leak at a certain bar near a certain fruit company’s headquarters. This year, short of a few rumblings that don’t really mean anything, nothing has been explicitly uncovered about what Apple has planned for the next iPhone.

Here’s what the iPhone 5 will most likely be like:

That’s all we really know. And, honestly, even those three things could be wrong.

Then there’s the wild conspiracy theory that Apple will release a second iPhone model alongside a new flagship device. As Apple’s next announcement draws nearer, the rumor of a cloud-based, cheaper iCloud-Nano-Lite-iPhone hybrid is gaining more and more traction. There’s a very good chance that Apple will unveil a new iPhone to take on a cheaper market, although that device could end up being a 3G-equipped iPod touch.

(All I’m saying is that, if a second, cheaper iPhone does come out, I called it back in April.)

In terms of when Apple will unveil its next iPhone, here’s what we know:

Apple has always held its music/iPod event in September, but the unusual nature of Apple’s product announcement dates in 2011 hints that the next event will be different. Apple won’t announce new iPods before a new iPhone, because that would make investors go nuts. Apple also won’t wait until after Christmas to announce a new product, because that would hurt their potential bottom line on top of making the investors go nuts.

With all this said, it’s important to reiterate that no one really knows anything. This is all informed guesswork based off history and industry intel.

Here’s what we know: