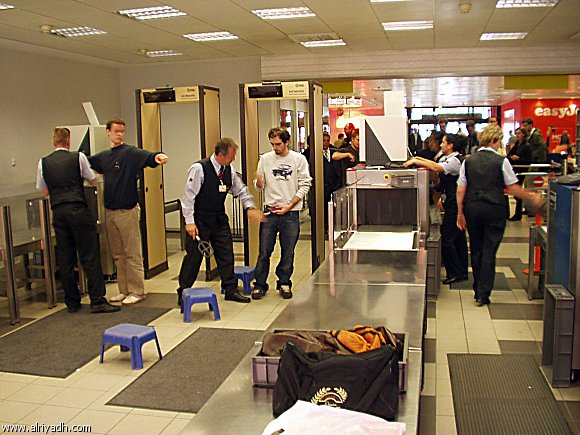 Here’s something you don’t hear every day. Multiple news outlets are reporting that two men were picked up in a German airport after an x-ray machine picked up a knife in one of their bags.

The weapon alone isn’t that interesting, but what they found after searching through the rest of the luggage is certainly intriguing. German officials think they may have been one of the first ones to lay eyes on the iPhone 5…

9to5Mac passes on the report, which has been carried by several German publications. Thanks to Google translate and the help of a knowledgeable reader, they were able to make out most of the story.

Apparently, the two men were on their way back from Turkey. They were detained at the Munster-Osnabruck Airport after bag scans revealed a dangerous weapon. To their surprise, a thorough search of the luggage revealed a bounty of Apple smartphones.

Airport officials identified some of the devices as counterfiets, but there was one model in particular that stood out. It was described as an “unpublished instrument,” and believed to be Apple’s yet-to-be-released smartphone.

The customs agents didn’t take any chances. They took the men into custody on suspicion of “industry spying,” and quickly contacted the Cupertino company.

While it’s still uncertain if the mysterious device was the real deal, it’s interesting that the airport hasn’t released any photos. Did Apple confirm that the phone was authentic? Or were the men just peddling some cheap knock-offs?