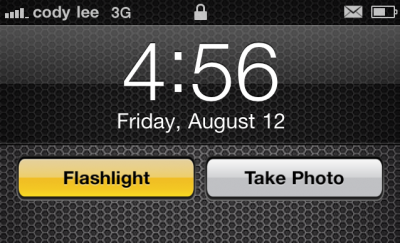 The empty lockscreen in iOS makes for an interesting place to deploy jailbreak tweaks. In fact, it seems like we’ve seen an excess of them since Apple unveiled the lockscreen-based camera shortcut in their upcoming iOS 5.

The feature has inspired tweaks like CameraLock and FlashLock, which allow you to access the camera and its flash respectively, without having to unlock the device. Now there’s a utility available that combines both tweaks into one package…

FlashCam is a simple, two-button utility that sits on your iDevice’s lockscreen. Tapping the Flashlight button activates the camera flash, and selecting the Take Photo option will launch the Camera app. Obviously, each feature is subject to your iDevice’s capabilities.

There’s tons of options to customize in the Settings app. You can dock the buttons towards the top of the lockscreen, or keep them at the bottom to support LockInfo. You can also decide which camera app launches, and whether or not the device will re-lock afterwards. 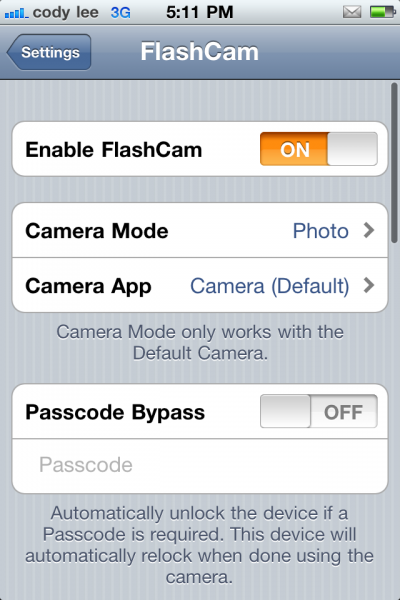 Even though it doesn’t sit in your slider like the other tweaks do, FlashCam is a killer utility. It looks and behaves in a polished way, and it has tons of options to customize. The best part is that it won’t cost you anything. FlashCam is available in Cydia for free.

Have you tried FlashCam? What do you think?