As the announcement of Apple’s next iPhone draws near, online resellers are gearing up for an influx in older iPhone models for sale.

The iPhone has huge worth in the gaget buyback community. On Gazelle, Apple’s iPhone accounts for one out of every 10 gagets submitted for resale. Gazelle told GigaOM that users aren’t submitting old iPhones because of an unsatisfactory experience with the device, but because they’re looking to upgrade to the newest generation. 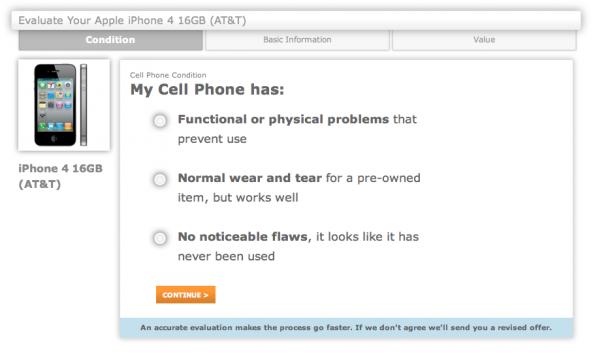 This year has seen abnormal iPhone buyback sales, as only 18,000 iPhones have been submitted to Gazelle. Apple didn’t release the iPhone 5 during the typical timeframe at WWDC this summer, and reports have surfaced that Apple’s next event could take place as early as September 7th.

Many are waiting for the next iPhone, and the reselling ecosystem has nearly been put on pause. This is good news for those wishing to sell their old iPhones, as buyback quotes are generally higher than normal, due to the unusually low number of submissions.

If you’re wanting to get more bang for your buck, we recommend sending in your old iPhone before Apple’s next announcement. Once the iPhone 5 is announced, everyone will be clamoring to get rid of the suddenly-outdated iPhone 4.