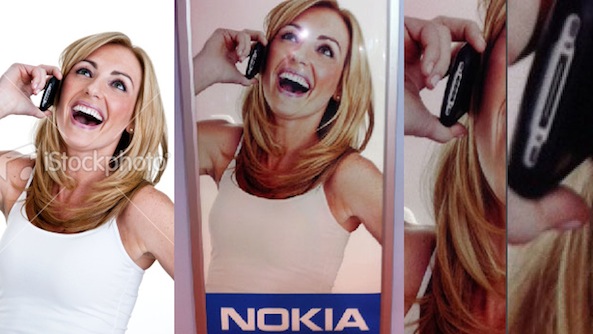 This post could have been titled “How to lose your job at Nokia in just one advertisement,” and that’s probably what will happen to one, or several, Nokia employees that definitely have no attention for detail.

This ad was spotted in an Australian mall. As you can tell, the woman in this picture is actually using an iPhone 4…

How did that happen? Well, the dumb graphic designer who made this just used an image from iStockPhoto.com, and didn’t even notice that the woman was using an iPhone. He slapped this image in the ad, and it was sent to print.