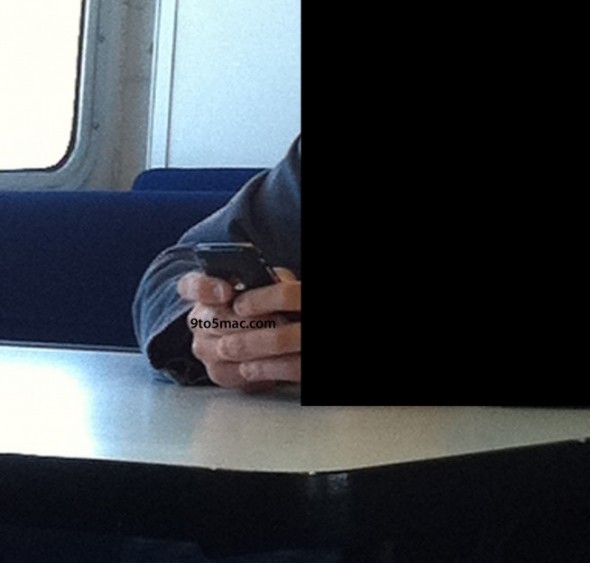 It would seem like the iPhone 5 rumor mill has been in full swing over the past few days. We’ve seen everything from cases to concepts. Now, 9to5Mac is claiming they have pictures of the real thing.

The same blog that brought us the leaked photos of the purported iPhone 5 case has just published a photo of what they believe to be Apple’s next smartphone. It certainly fits the typical “leaked photo” criteria, as it’s extremely blurry and hard to make out. Could this really be the iPhone 5?

The folks over at 9to5Mac received the photos last night from a San Francisco native. The tipster believes he caught what he believed to be, “an Apple employee hunched over the device on his way home from work.” Not knowing what to think, Seth Weintraub and company did some investigating.

“We contacted the tipster by phone and checked his background. We believe he saw a totally new Apple device, probably a prototype iPhone 5. He contacted us because when he got home, he doubted what he saw was legitimate until he looked at the green cases we posted.”

The tipster claimed to get a good look at the device, and that the pictures he snapped didn’t do it justice. The long time iDevice user said that the gadget was like nothing he’d ever seen before:

“Almost EVO-like in screen size, this iPhone also appears thinner than the current iPhone 4, but also wider. The edges are rounded metal like the edges of a Samsung Galaxy Tab 10.1 but could still function as an antenna. The back is curved/tapered glass or plastic. He couldn’t tell but if he had to guess he’d say glass. He said it looked too amazing to be built by anyone besides Apple (fanboy alert).”

Although he didn’t get a look at the front of the device, he did notice an Apple logo on the back. He also noted that the man holding the gadget was more secretive than the typical smartphone user, constantly hiding the gadget in his hands.

So what in the world is this thing? It’s too thin to be an iPhone 3GS and too rounded to be an iPhone 4. The tipster obviously thinks this is Apple’s next smartphone, and commented that the device would fit perfectly into the leaked iPhone 5 cases we saw yesterday.

What do you think? Is this really the next iPhone?