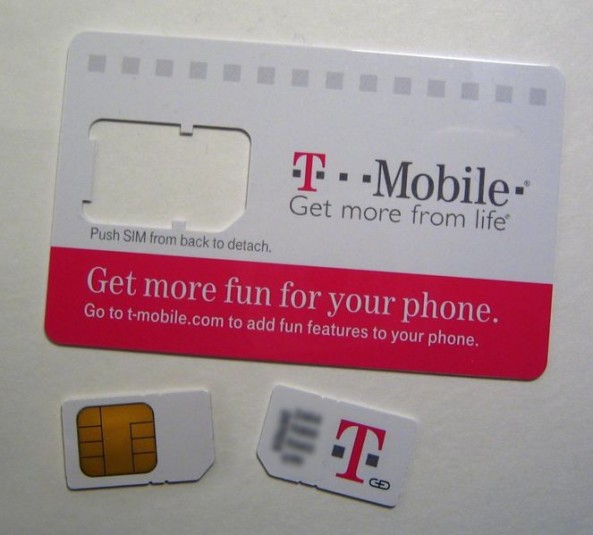 Rumors are that Apple will come out with an iPhone capable of running on T-Mobile’s 3G/4G network, and today T-Mobile took the first steps in the Apple/T-Mobile partnership. T-Mobile is now giving free Micro SIM cards to its customers.

This news comes after T-Mobile announced they have over one million unlocked iPhones on their network. It has been over a month since Apple started selling unlocked iPhone 4s in the US that work on T-Mobile’s EDGE network.

Since T-Mobile’s SIM card does work on the iPhone 4, this SIM will also work on the 3G iPad for data usage. On the T-Mobile website, the Micro SIM card is described as:

“Already have a GSM phone or iPhone that you need to activate—or have an unlocked GSM phone you want to use on the T-Mobile network? Just get a Micro SIM card and choose a plan. Slip the ready-to-use Micro SIM Card into your phone and you’re ready to go.”

Keep in mind that T-Mobile and AT&T are still set to merge as one carrier in the coming year, so this should all look different a year from now.

T-Mobile’s new Micro SIM card is available for on the carrier’s website.

What are your thoughts on this? Will you be getting a Micro SIM from T-Mobile? Leave it in the comments below.