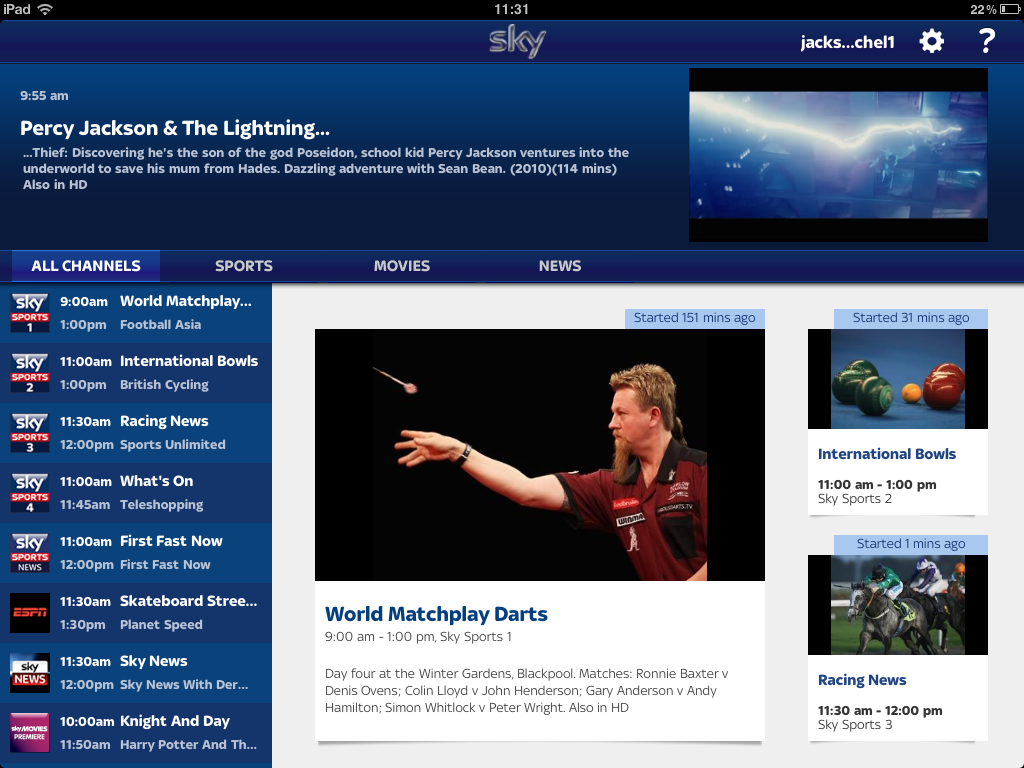 Originally slated for release way back on the 6th of July, Sky Go has seen a delay similar to that of the Google+ app, which leads us to wonder if Apple’s team of reviewers have been busy accepting apps for the Mac App Store, with OS X Lion finally here.

Available for free on the App Store, Sky Go offers streaming Sky television to iPads, iPod touches and iPhones while out and about, with a maximum of two devices registered at a time…

“Get more from Sky Sports with the new Sky Go app, which gives Sky TV customers with Sky Sports 1 & 2 access to the sports they love wherever they are in the UK and Ireland for FREE. So if you’re stuck at work or on the train you needn’t miss the action with all five Sky Sports channels, plus Sky News on your iPhone, iPad or iPod touch. It’s like having your TV in your pocket and taking it wherever you go.” 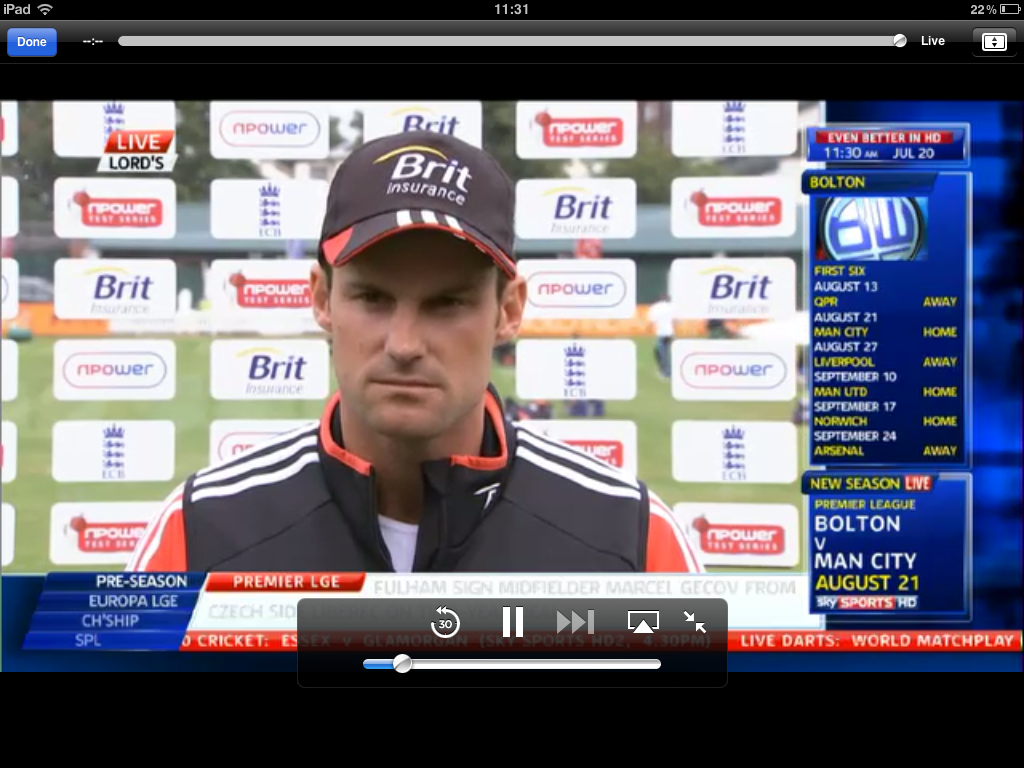 In order to take advantage of Sky Go, users will need to be subscribed to Sky Sports 1 and Sky Sports 2, according to the app’s App Store listing.

Alternatively, a pay-monthly scheme will be offered for those who just want access to sports and movies, though that isn’t expected to become available until later this year.

As CNET points out, Sky Go is a cross-platform affair, with computers and mobile devices able to access slightly different channels.

“Tablets and phones are limited to slightly fewer channels than computers, but include all the Sky Sports channels, ESPN and Sky News. You also get access to the Premiere, Showcase, Action and Family Sky Movie channels.”

Being a football mad country, I think it’s safe to say the live sports will prove the most popular feature of Sky Go! 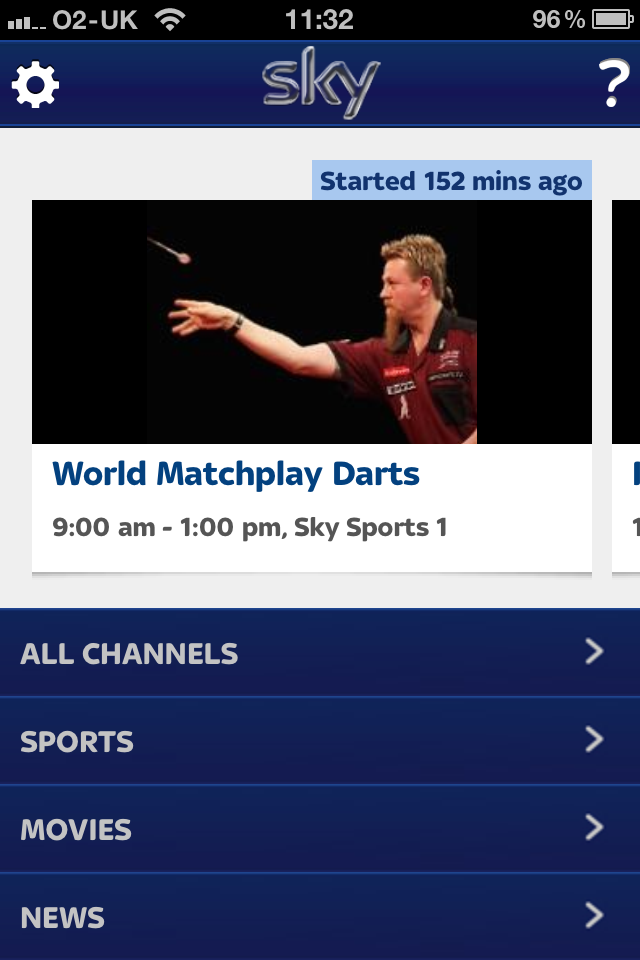 During limited testing over a fast WiFi connection, video and audio quality on both an iPhone 4 and iPad 2 were excellent, though that will obviously change when on a spotty 3G signal. 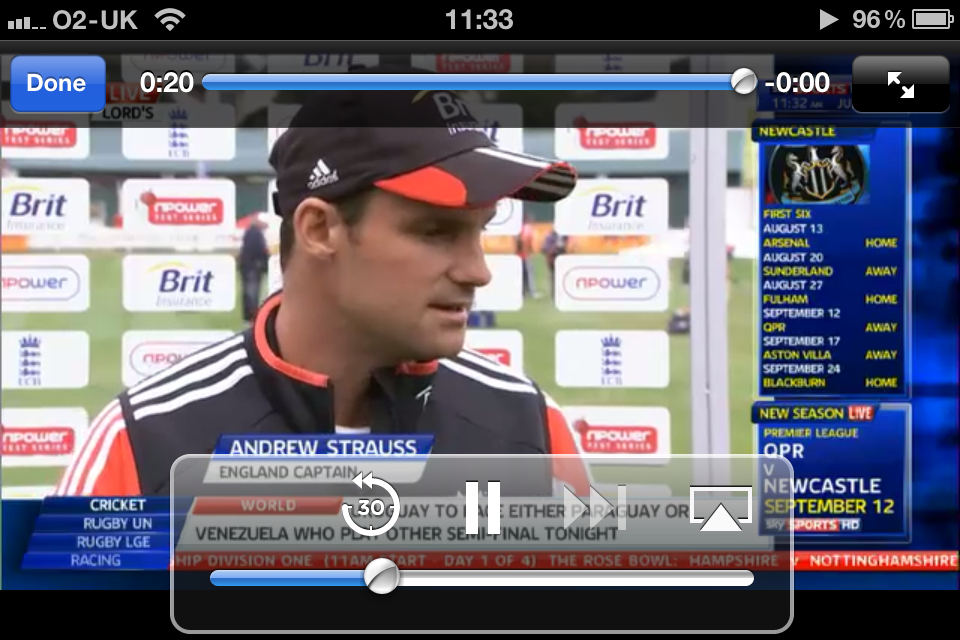 So far, assuming you’re already stumping up the cash, Sky Go appears to be a worthy addition to any sport lover’s viewing arsenal. Keep in mind that this app is available to our UK readers only.

Unfortunately, the AirPlay icon seen in the screenshots doesn’t allow the video to be sent to an Apple TV – audio only here, folks.

How do you like the Sky Go app? We’d be interested to hear how well the app copes with streaming over 3G, too.