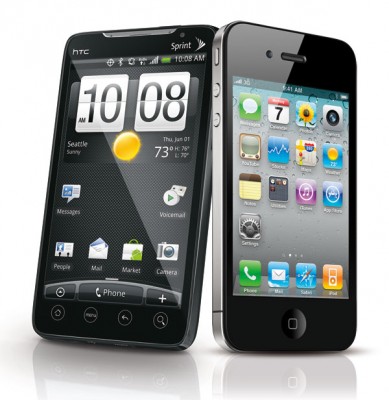 It’s heating up in the court the battle between Apple and, well, everyone.

The Cupertino outfit drew first blood in a battle with Taiwanese smartphone manufacturer HTC on Friday, with an ITC judge deeming that HTC had infringed upon two of Apple’s patents. The two patents, however, may not be specific to HTC’s handsets, and this opens the door to the possibility that other Android-powered smartphones may also fall foul, thanks to the ITC decision…

If that is indeed the case, we could see Android-using manufacturers such as Motorola and Samsung also finding themselves in hot water, with the International Trade Commission theoretically having the power to halt the sale of infringing devices.

According to FOSS Patents (a great breakdown of the patents in question, and well worth a read) one of the patents in particular may be infringed upon by an Android feature called “Linkify.” AppleInsider reports that Linkify, “takes a piece of text and a regular expression and turns all of the regex matches in the text into clickable links.”

With Linkify likely present in every Android device out there, it’s not too far of a stretch to believe the likes of Samsung and Motorola may be the next in the firing line.

“Apple’s exemplary claim charts for this patent don’t discuss the other claims that the ITC judge found HTC to infringe as well. But the two examples above make it pretty clear what the patent relates to. This is about Android’s “Linkify” functionality. It’s most probably built into each and every Android device out there.”

If this is indeed the case, Apple appears to be going after individual device manufacturers, rather than taking Google head-on.

Is Apple picking and choosing the fights it believes it can win, rather than tackling a company close to home, like Google?

With Apple already looking to hire a larger legal team, we think it’s safe to assume we’ll be hearing much more legal rumblings coming from the 1 Infinite Loop basement soon.