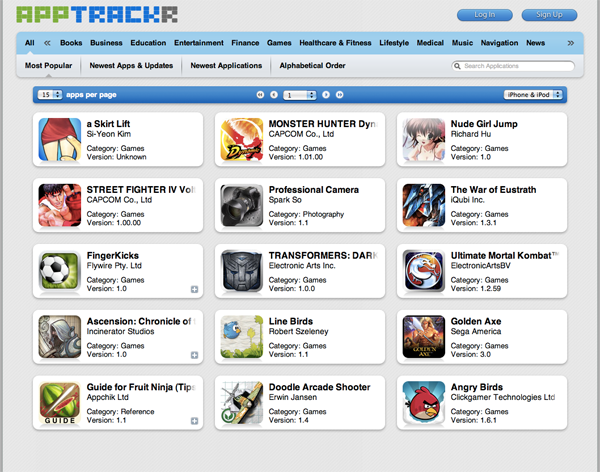 While most of us are painfully aware of the app piracy that goes on in the jailbreak community, I don’t know if any of us knew it was this bad. TechCrunch highlighted a small iOS software firm last week that has witnessed first hand just how rampant the problem is.

GAMEized is the proud creator of FingerKicks, a simple $0.99 soccer (football) game for iOS devices. The app is the company’s first entry into Apple’s popular software platform, and it might just be their last…

GAMEized has been developing branded games and entertainment applications for quite a while now, but this time they wanted to try releasing a title for themselves. And after several hours of research and development, FingerKicks finally became a reality.

“We submitted the game to Apple and four days later the game was approved and submitted for sale worldwide.”

Dave Rosen, the founder of GAMEized, and the rest of his crew held their breath as they checked the sales numbers for the first day. 144 people purchased FingerKicks in its first 24 hours. While the number was low, it still showed promise.

The group saw similar numbers throughout opening weekend. Then that Tuesday, tired of waiting on the day’s sales data to post, the team decided to check out Apples Game Center to gauge their progress. Score.

When the group finally received their iTunesConnect purchase report, it only reflected 160 downloads- they were devastated. GAMEized just received a crash course in App Store piracy.

“We’ve always known about iPhone jailbreaking and of people who’d rather steal than pay for someone’s hard work, but we had no idea the extent of this problem and the sheer volume of people who are willing to crack existing apps just to save – or steal – $0.99.”

Angry with their situation, GAMEized’s lead developer Luis Fonseca took to the company’s blog to vent his frustration. He couldn’t believe that Apple had no functional counter-piracy safeguards in place- not even in their Game Center.

“As of this writing, FingerKicks has sold only 1163 legitimate copies but there are at least 15,950 pirated copies being played on a regular basis on Apple’s Game center. That equates to an astonishing 91% of downloads that are pirated.”

In all fairness, the nearly 16,000 pirated copies of FingerKicks isn’t a reflection of actual losses. Who’s to say that any of those people would have downloaded the game had there not been a cracked version available?

Regardless, the amount of piracy going on is sickening and it really paints the jailbreak community in a bad light. I’m kind of curious myself as to why Apple hasn’t done anything to counter app piracy. Are they completely powerless?