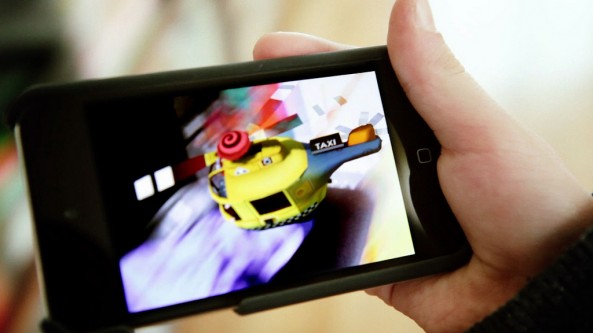 The “Games” section of the App Store hold thousands of awesome titles for our iPhones, iPods and iPads. We all love to play games on the iPhone, and a recent study from Nielson shows that iPhone users actually like playing games more than anyone else.

According to Nielson, the average iPhone owner spends twice the average time of any other smartphone user playing games. The iPhone actually beats out its closest competitor, Android, by nearly double the percentage time spent on mobile games from the App Store. We’re not sure if that’s a good thing or a bad thing…

The average iPhone user spends 14.7 hours/month playing addictive games like Angry Birds and Tiny Wings, while the typical Android user only spends 9.3 hours. Windows Phone 7 and Blackberry users sneak in under iPhone and Android at 7.8 hours/month.

We like our apps, and we apparently pay for them, too. 93% of iPhone owners were willing to pay for the games they played in a 30-day window. Other categories in the App Store, like Entertainment and News, saw smaller percentages in this area.

Hopefully these statistics don’t mean that iPhone users waste more time than Android users, but we know that we at least have more fun. To put it into perspective, Nielson’s findings showed that only 11% of iPhone users download apps from the “Education” section of the App Store.

Do you play games often on your iPhone?