A curious glance around any train station, bus stop, or airport will show you just how popular Apple’s iPad and iPhone mobile devices are, and the sales figures back up the assumption that Apple just can’t make enough of its magical devices.

What might not be so obvious, is that the iPad is one of the most advertised devices in Europe, with the smartphone being the 6th in a list of devices when it comes to ad impressions…

Mobile specialists InMobi has done the research and discovered that the iPad is the sixth largest advertising device in Europe, with 2.2% of all ad impressions. The iPhone fares even better though, with 13.8% of ad impressions – number one spot.

“The overall European market grew by 38% over the past 3 months, while smartphone requests grew by 51%.  Apple got a strong boost in May relative to February as their share of ad requests increased by +6.3 share points helped by the strength of the iPad.”

When it comes to operating systems, Android still rules the roost.

That news comes as no surprise for anyone with a finger on the pulse of mobile technology – the shear volume of Android-powered devices, be them phone or tablet, has to give Google’s platform the upper hand when it comes to ad impressions.

Macgasm suggests that this result points to the possibility of Apple working on a new model of selling multiple iPhones in order to go toe-to-toe with Android, though we’re not sure we go along with that rationale.

Check out the full infographic below for the complete advertising story in the region, complete with yet more signs of RIM’s decline. 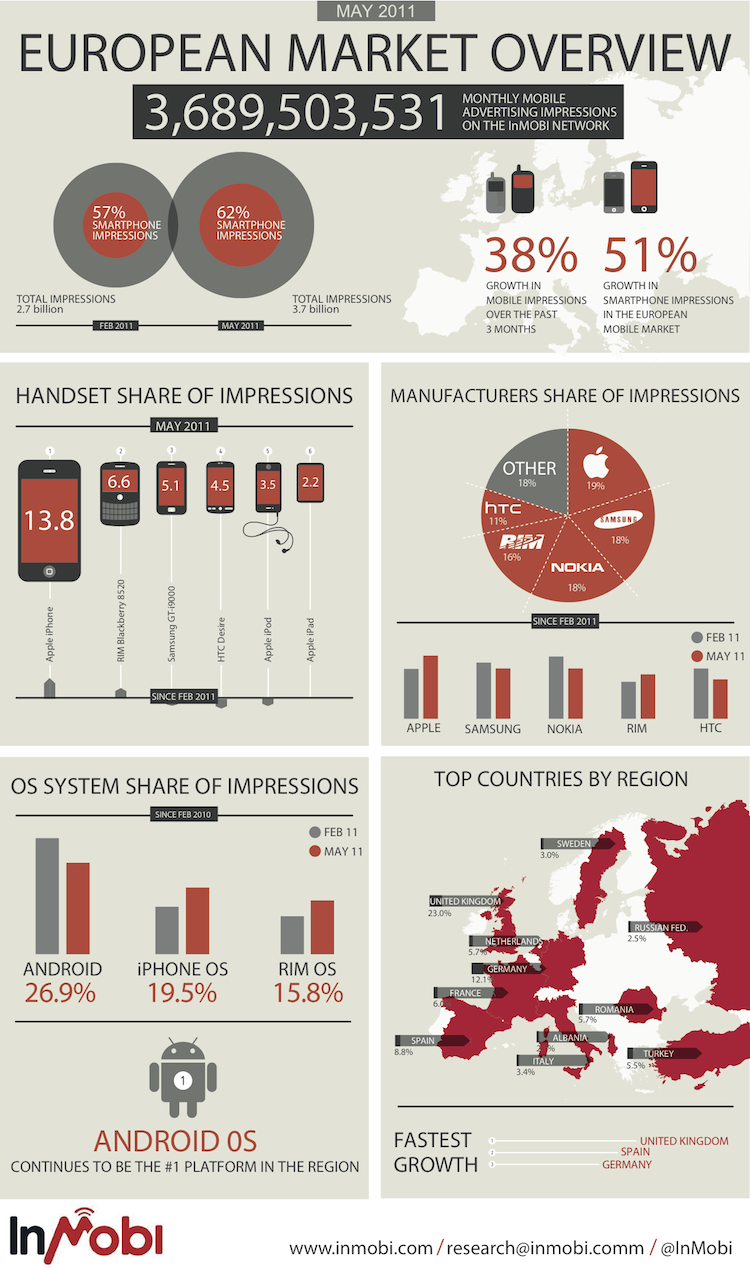