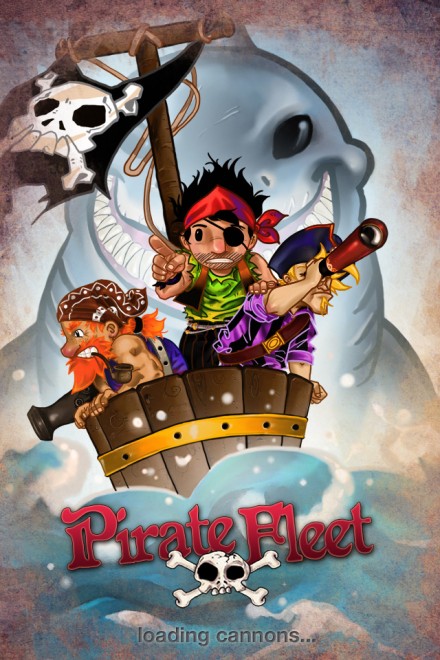 Who doesn’t love pirates? A new game called PirateFleet for Friends, by UnitedToy, lets you battle your friends in a game of sinking ships and snatching treasure.

PirateFleet for Friends can best be described as a mix between Hanging With Friends and Battleship. You play against your online friends in a series of games involving the sinking of your opponent’s ships. Arg, matey!

Ye don’t be needin’ te react at once, and yer got all th’ time in the world te choose where te fire yer cannons next! Thanks ter some fancy landlubber thing called asynchronous gameplay, or some such (us pirates don’t be takin’ te fancy words!) ye’ll get a push notification when it be time te fire your port cannons ‘cross yer enemy’s starboard bow!”

If you can’t understand pirate lingo, you can rest assured that PirateFleet for Friends offers some fun gameplay. If you’ve played a social game on the iPhone like Words With Friends, you’ll understand the back-and-forth with other users that’s required to play PirateFleet.

Just like Battleship, the goal in PirateFleet for Friends is to sink your opponent’s ships before you lose your own. Based on how good you are at naval warfare, you’ll advance in treasure (points) and crush your opponents.

Check out this video walkthrough of PirateFleet for Friends: 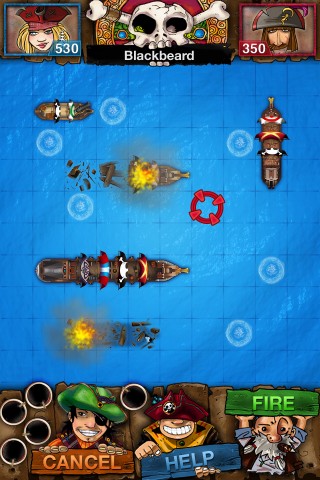 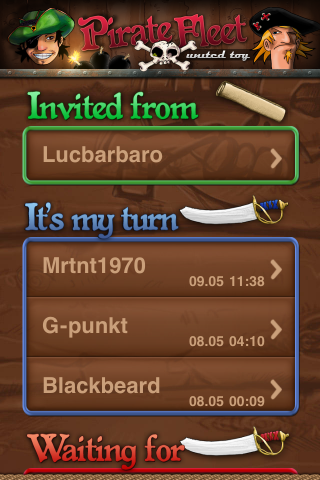 UnitedToy is running a contest/giveaway that includes a grand prize of a weekend trip to Treasure Island, Las Vegas. Play PirateFleet for Friends daily thru July 18th to increase your chances of winning. For more information, check out the contest guidelines.

PirateFleet for Friends is available for free in the App Store.