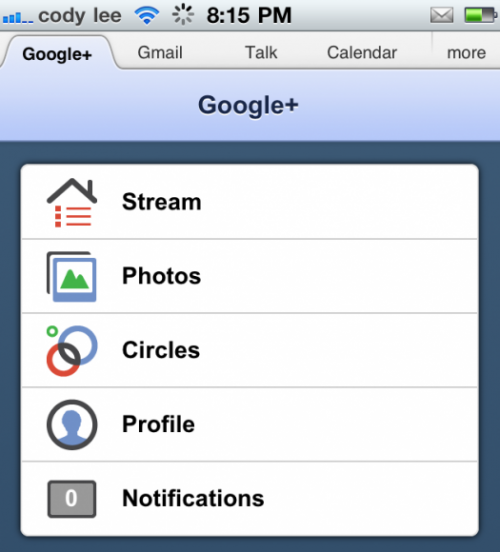 In case you’ve been under a rock for the last week, Google just formally announced its next major product. The king of search engines and pop email services is now hoping to conquer the social networking space.

Google+ launched on Tuesday to a small group of beta testers, and since then has been a popular tech topic. The service looks remarkably like its Facebook competitor with features like ‘Streams’ and the ability to ‘Check In’ to local businesses.

As an avid iDevice user, the first thing I wanted to know was what kind of access I’d have to the service from my iPhone and iPad…

Currently, Google Plus can only be accessed on the iPhone through a mobile web app. Though it’s decent for viewing your Streams and other content, there’s no way (that I’ve found) to take and upload pictures. 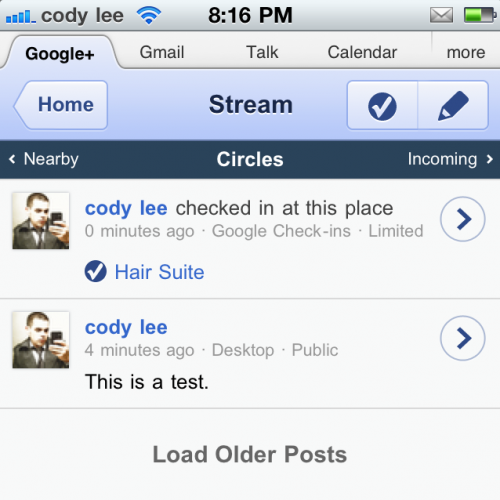 The good news is that this shouldn’t be the case for long. Google’s + for mobile page notes that a native app for the iPhone is “Coming soon.” The bad news is that there isn’t any mention of an iPad version. What’s the deal with tablets and social networking apps?

The real story here is the Google Plus service. Google is betting a lot of the company’s perpetual future on its success, and it has a steep hill to climb. Even though it seems like a valiant effort from the software giant, it has to convince 750 million users to stop using Facebook.

Will it happen? I don’t know, the social networking industry can be a bit unpredictable, just ask MySpace. But with hundreds of millions of Gmail and YouTube users ripe for the picking, Google stands a good chance against Zuckerberg’s juggernaut.

Google Plus is currently only available to a handful of users, but should soon start rolling down invitations al a Google Music. Just visit the Google+ project page for more information. We’ll post a review of the native iPhone app as soon as it becomes available — fingers crossed that it’s better than Facebook’s offering.

What do you think of Google Plus?