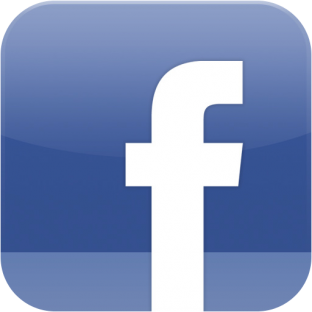 After almost two years, it looks as though Facebook will be releasing an official app for the iPad in the next “coming weeks.” According to The New York Times, Facebook is putting the finishing touches on its iPad app, and the social network juggernaut has been working with Apple to get the app ready for the App Store.

This news is particularly interesting in light of the recent uncovering of “Project Spartan” – a secret Facebook product that is aimed at taking on Apple’s App Store and other mobile platforms.

If this Facebook for iPad news is true, then Apple and Facebook are in a much better relationship than we all thought, despite the fact that Apple went with Twitter integration in iOS 5…

“People briefed on Facebook’s plans say that in coming weeks the company plans to introduce a free iPad application that has been carefully designed and optimized for the tablet.

The app has been in production at Facebook for almost a year, going through several design iterations, and is now in the final stages of testing, according to these people, who declined to be named because they were discussing confidential product plans.”

Facebook released its app for the iPhone back in 2008, and since the iPad was announced in April of last year, customers have been clamoring for an iPad-optimized app.

According to The New York Times, the iPad application in question is a “complete overhaul” of the current Facebook app in the App Store. The CEO of Facebook, Mark Zuckerberg, has been personally overseeing the app’s development. This is interesting, considering Zuckerberg was so adamant that the iPad wasn’t a “mobile device” worthy of Facebook’s attention last year.

“People who have seen the application said it has a slick design that has been tailored for the iPad and its touchscreen interface. Facebook developers and designers have also overhauled the Facebook Chat and Facebook Groups features for the application. And the app will go beyond the features available on the Facebook Web site by allowing users to shoot and upload photos and videos directly from the iPad’s built-in cameras.

“The photo and video experience is amazing, offering full resolution and full-screen images,” said a person who has seen the app.”

If this Facebook app is as good as The New York Times reports, it will be a huge drawing point for wary consumers that are considering an Android or other OS tablet over the iPad. Facebook currently has 700 million users worldwide, and an optimized iPad app has been a huge selling point for other, non-Apple tablets.

Apple is also set to feature the app “prominently” in the App Store, which makes sense.

The New York Times’ sources didn’t give an exact date, but Facebook’s iPad app is set to drop in the next “coming weeks.” Stay tuned.