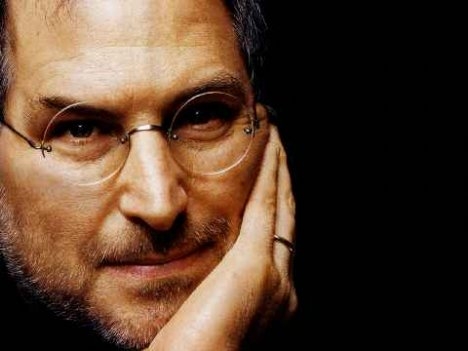 This has been quite a year for the man The Financial Times named Person of the Year in 2010. Steve Jobs started out 2011 by taking a medical leave of absence due to health problems.

But the co-founder of Apple still managed several achievements, like unveiling the iPad 2 in March and receiving multiple awards. He’s even set to be featured in his own comic book…

Jobs has come a long way from his parent’s California garage. From being kicked out of the company he co-founded, to lifting Apple up from the ashes, it’s no doubt been an interesting ride for the San Francisco native.

Given all of Jobs’ accomplishments, it seems only fitting that the Apple CEO be featured in CNBC’s Titans series. The television show profiles “remarkable people who made careers turning the unthinkable into reality.”

The show will cover the many roles of Steve Jobs, including inventor, CEO, and even executive producer of Disney’s Toy Story. If you’re interested in a behind the scenes look at the iPhone creator, make sure to tune into CNBC tonight at 9PM.