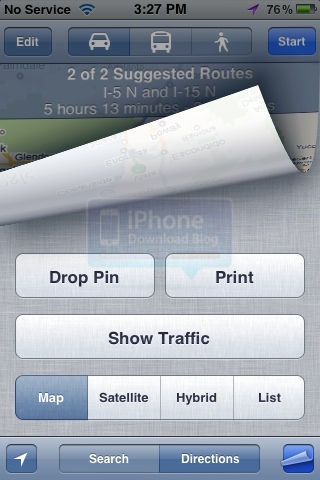 A new feature in iOS 5 allows you to print maps direction directly from your iPhone, assuming your have a Wi-Fi-friendly printer of course. I didn’t pay much attention to this feature until I actually tried it.

In order to print directions, tap the little icon at the bottom right of the Maps app. You will then be given several options, the “Print” one included…

I was more impressed by the layout of the printed maps than by the feature itself. The layout of the print out is much better than what you get when printing from the Google Maps website. If I ever need to print directions for someone, I’ll definitely use my Maps app rather than Google’s own site.

This is a scan of the print out so it doesn’t look as good as the paper version of it, but it gives you a good idea of what it looks like. 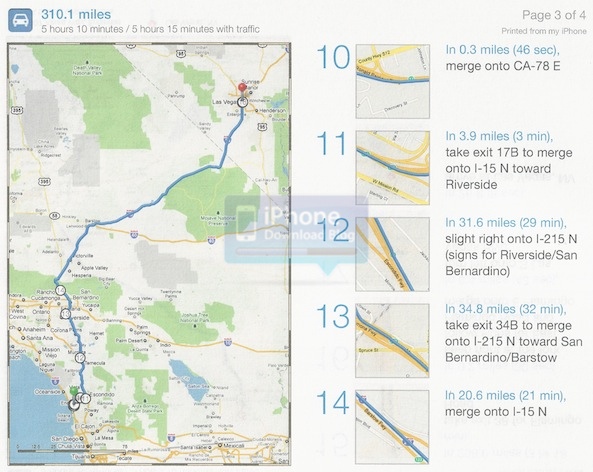