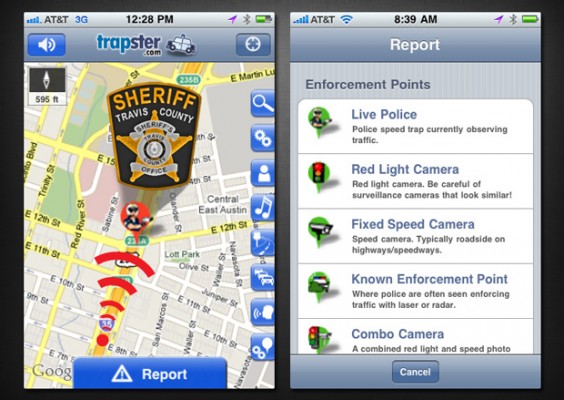 Last month, Apple’s VP of software technology, Bud Tribble, participated in a U.S. Senate hearing on mobile privacy. Although the conference was focused on consumer location tracking, at one point the conversation turned to Apple’s App Store policies.

The senate expressed their disappointment with the Cupertino company for allowing applications like Fuzz Alert in their App Store, and gave Apple a month to do something about it…

What do you know? A month later, and multiple media outlets are reporting that Apple has just updated their App Store Review Guidelines with a few amendments. The additions can be found in section 22.8 of the Guidelines:

Apps which contain DUI checkpoints that are not published by law enforcement agencies, or encourage and enable drunk driving, will be rejected.

As AutoBlog points out, although this will keep developers from including DUI stop functionality, it doesn’t prevent app users from adding DUI stops themselves in crowd-sourced software like Trapster.

Not to mention that there are several law enforcement agencies that do publish their checkpoints as part of a transparency policy for tax purposes. It appears as if developers will still be able to use this public data in their apps — business as usual.

The real question is, if applications do get prohibited or removed due to the recent changes, will we see those apps appear in Cydia? Should Saurik allow apps like that in the Cydia Store, or would that cast negative light on the jailbreak community?

It’s my opinion that applications specializing specifically in the aiding of drunk driving have no place in any app store. Too many people die from alcohol-related car accidents as it is, without the convenience of modern technology.

Did Apple do enough here, or not enough? Or are apps like these not a big issue to you?