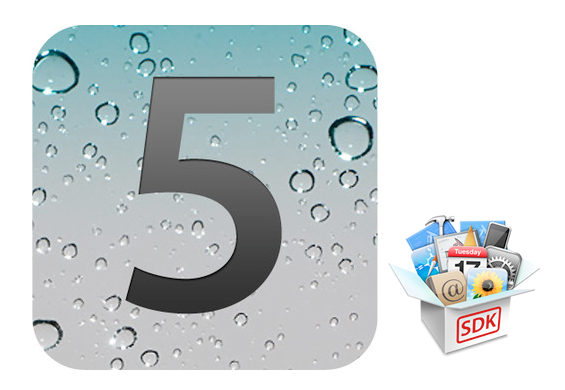 Since Apple unveiled iOS 5 at the WWDC keynote yesterday, developers have been diving into the software to discover the hidden secrets within. The latest development actually points towards future models of the iPhone and iPad.

As would be expected, there are code placeholders for the next gen iPhone, and there are also references for two future iPad models. Ladies and gentleman, start your rumor mills…

“Specifically, there are declarations buried in the iOS system files that reference “iPad3,1” and “iPad3,2.” Likewise, “iPhone4,1” and “iPhone4,2.” The iPhone 5 will be a 4th generation unit because the iPhone 3G was technically 1st generation. This throws off the numbering and confuses everyone, so don’t fret if you were confused.”

Perhaps the two iPhone placeholders refer to the future GSM and CDMA versions of the iPhone 5. If you believe the rumor that the next iPhone will have universal support for all carriers, then that theory falls short.

Two iPhone and iPad references are in the iOS 5 beta, but there are no references for a fifth generation iPod touch. Perhaps the rumors that September’s event will be iPhone-only are true. In the past, Apple has always held a music-centric event centering around a new iPod in the fall.

Honestly, it’s kind of hard to make heads or tails of what these iOS 5 system files mean. I wouldn’t be surprised if there was a new iPhone available to ship with iOS 5 when the software is made public in the next few months.