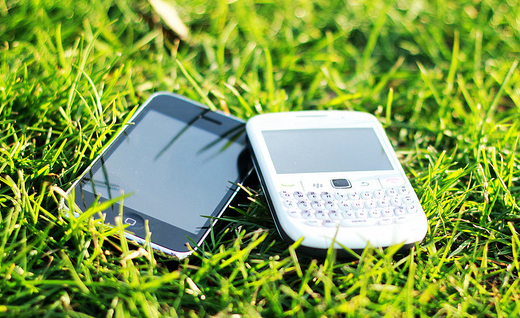 Apple’s iPhone has now overtaken BlackBerry devices to become the second most popular smartphone in the U.S. in terms of active users. While the iPhone has been outselling the BlackBerry family for some time now, it previously sat behind RIM’s devices in both platform and hardware.

Data recorded by comScore’s MobiLens service has revealed that between the three-month period beginning February and ending April 2011, 74.6 million people in the U.S. owned smartphones, 26% of which were Apple’s iPhone…

Google’s Android platform took the top spot for mobile platform, with 34.6% of the U.S. smartphone market, up 5.2 percentage points from the three-month period ending January 2011 – and RIM took the third spot behind the iPhone with 25.7% share. Microsoft followed in fourth place with 6.7% share, and Palm made up the top five with just 2.6% share.

With regards to mobile devices in general, approximately 234 million Americans aged 13 and over have mobile handsets. Out of the 30,000 people comScore surveyed, Samsung was the top manufacturer with 24.5% market share, and Apple has jumped up to fourth position with 8.3% share – narrowly beating RIM’s fifth place position with 8.2% share. LG took second place with 20.9% market share, with Motorola in third with 15.6% share.

iOS and Android were the only platforms to grow in share during the most recent three-month period, according to comScore’s data – more bad news once again for RIM.