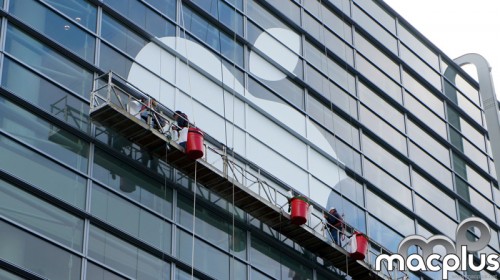 With Apple’s Worldwide Developer Conference just a few days away, the Cupertino outfit has begun preparations by decking out its Moscone West venue with a large Apple logo. While the logo isn’t yet complete – these people do have to eat and sleep apparently – we’re sure everyone can see the finished article will show Apple’s iconic logo cover two sides worth of windows…

Yesterday Apple announced this year’s WWDC keynote will share new details of three exciting releases from the company. Steve Jobs and his merry band of men will be showing off the latest and greatest version of Mac OS X Lion alongside the much anticipated iOS 5 for its mobile devices.

The third spoke in this particular wheel will be the rumored iCloud service, expected to be both a new take on MobileMe as well as a new music locker system similar to those Google and Amazon recently launched.

Buzz for WWDC and an accompanying SteveNote is usually high at the best of times but the holy trinity of new hotness we’re going to be treated to has taken things to a whole new level.

For now though, sit back and feast your eyes on photos of San Francisco’s Moscone West well on its way to being ready for Monday’s event. 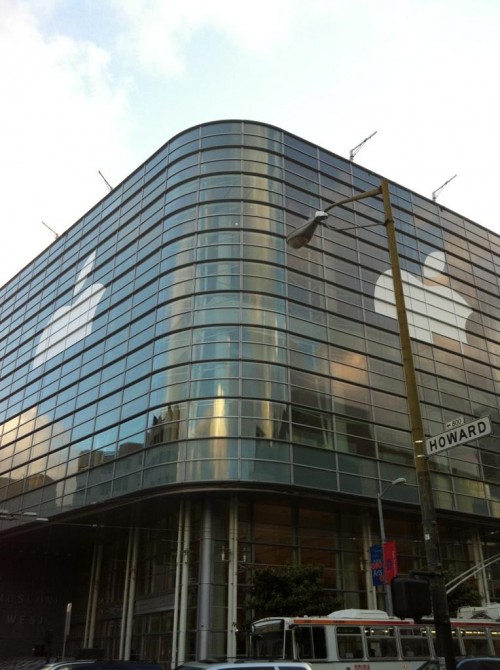 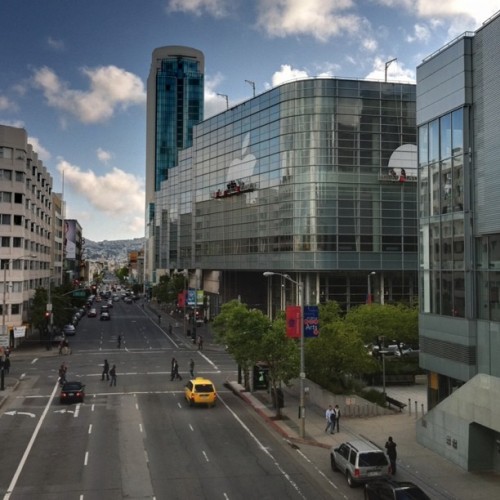