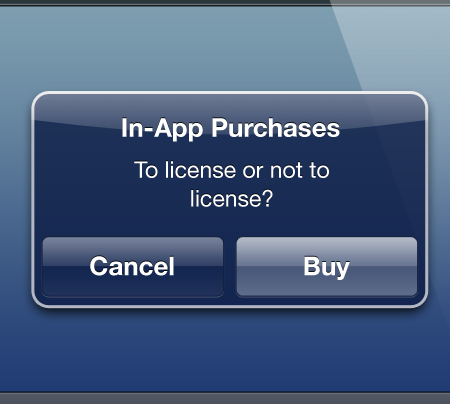 We reported last week on the appalling actions of Lodsys. The patent licensing firm has been sending out letters to iOS developers, threatening legal action if they aren’t paid royalties for the use of their invention.

The company’s claim that iOS apps with in-app purchasing options are infringing on their patent has been causing an uproar in the developer community. While everyone holds vigilant to see what (if anything) Apple has to say on the matter, the EFF decided to speak up yesterday…

The Electronic Frontier Foundation (EFF) issued a statement on Friday regarding the Lodsys patent situation. They urged Apple to step in and provide some kind of support to developers against the Lodsys threat.

“We’ve been waiting expectantly for Apple to step up and protect the app developers accused of patent infringement solely for using a technology that Apple required they use in order to sell their apps in Apple’s App Store.”

Although Apple is not the target behind the lawsuit, the EFF believes that it should not be each developer’s job to investigate all of Apple’s copyrights and licenses. It should be the responsibility of the copyright holder [Apple] to know the extent of their licenses.

More than a week has passed, and Apple has yet to say anything publicly on the matter. Though, as MacRumors points out, Apple has a tendency to avoid responding to public relations crises, without having all of the facts.

Lodsys gave most involved developers a three week deadline to respond to the letters, expiring just before WWDC on June 6. I personally agree with the EFF and hope that “Apple will do whats right and stand up for their developers and help teach the patent trolls a lesson.”

What do you think Apple should do?