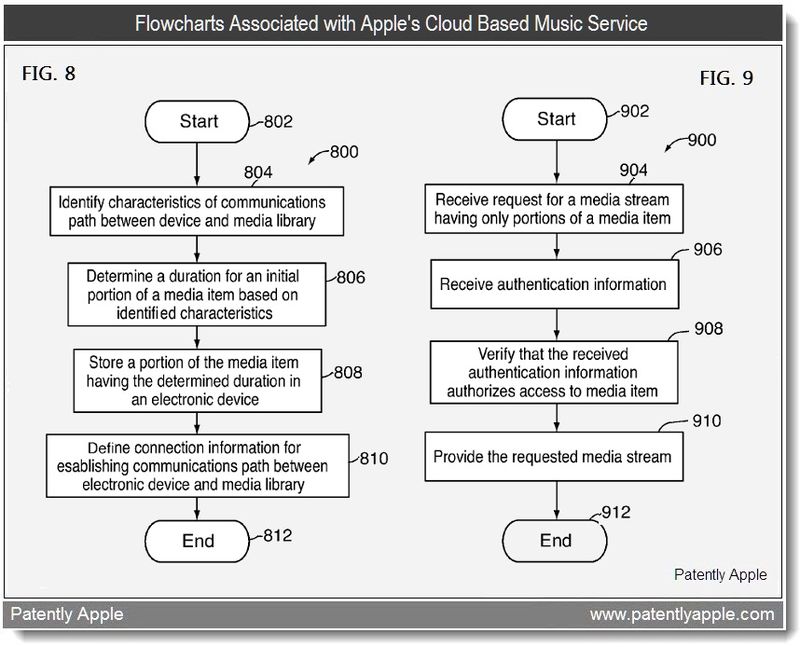 Cloud-talk has become the equivalent of a tacky sitcom; it seems to be on every channel. I suppose it’s for a good reason though, especially with Apple’s WWDC event coming up in just a few weeks.

The Cupertino company is expected to expose its secret cloud storage service at the developer’s conference next month. Though iCloud rumors have only recently began to heat up, Patently Apple is suggesting it’s been a work in progress for quite some time …

The patent they found dates all the way back to Q4 of 2009. It describes locally storing portions of a media file that are to be streamed to an electronic device.

More specifically, their invention is based on locally storing an “initial” portion of a media file and requesting a stream of the remaining portion upon playback.

This method would solve what the document describes as the problem with current streaming services:

Apple’s invention materializes in the “Sync partial music” option, which can be seen in this figure from the patent filing: 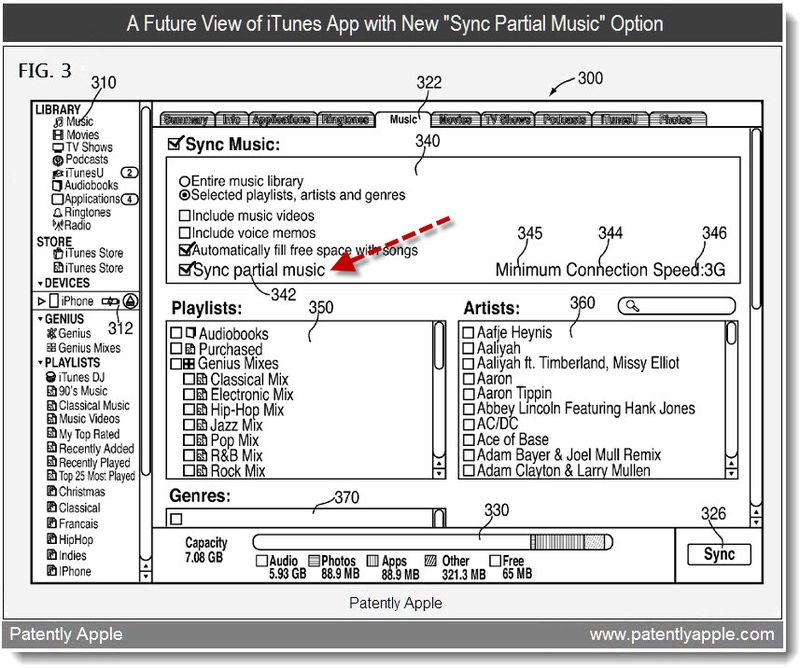 When users choose to store partial music files, the application identifies characteristics of the communications path between the device and the media library. This determines how much of each file needs to be initially stored on the device.

So if you are going to be in an area where 3G isn’t available, you’ll want to store a larger portion of each file. This will keep you from experiencing any delays in playback while on the go, due to buffering.

Most patents don’t generally make it to market, but I wouldn’t be surprised to see this feature deployed in the near future (June?). It seems like a very logical evolution of streaming media.