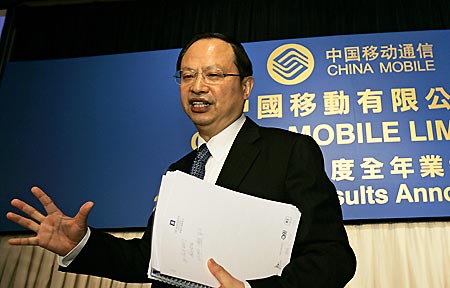 If you have more invested in Apple than just what you paid for your MacBook, you’ve probably already heard the news. MarketWatch is reporting that China Mobile has reached an agreement with Apple regarding a future iPhone on their network.

China Mobile is home to over 600 million customers and has yet to offer Apple’s smartphone. It seems though, that chairman Wang Jianzho doesn’t expect that to be the case much longer…

You might recall that earlier this year, Wang publicly commented that Steve Jobs had expressed interest in an iPhone that would be compatible with their developing LTE network. He even mentioned that Apple was willing to start development “at an early date.”

Fast-forward to today, where according to the WSJ’s MarketWatch, the wireless carrier announced that it has “reached  consensus” with Apple on using their 4G technology in future iPhones.

While this is exciting news for customers on China’s largest wireless network, the chairman’s comments also bode well for folks hoping to see an LTE-flavored iPhone in the not-to-distant future. Though, it’s highly unlikely to happen in the upcoming refresh.

Apple sold 18 million iPhones last quarter, imagine the possibilities when the Cupertino company has access to 600 million more customers, who have already shown an interest in the device. Even though the carrier doesn’t offer the phone, there are believed to be over 4 million iPhone users on China Mobile’s network. I’d say now might be a good time to look into some Apple stock.