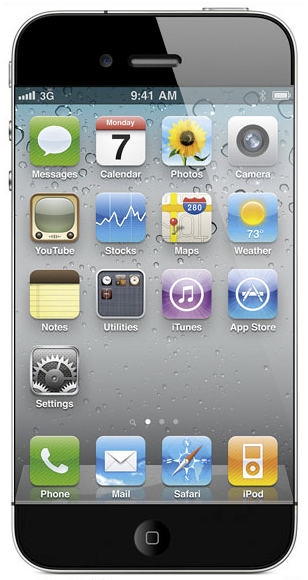 Around this time of year, next-generation iPhone rumors are usually coming left and right. According to a new report, Toshiba is building a 4-inch 720p Retina Display for Apple.

If you may recall, late last year Reuters reported that Apple and Toshiba were working together on a plant to make displays for iOS devices. Toshiba had announced that it would build a factory for 100 billion yen (about $1.2 billion) to produce future LCD panels.

Yesterday, Toshiba announced its next generation of mobile displays, which Toshiba will be showing off in LA this week. According to the press release, the mobile displays are sized from 3.3 inches to 4 inches, with resolutions from Wide VGA (480-by-864) to HD (720-by-1280).

“Displays for Mobile Phones and Portable Electronics: The mobile section of the booth will feature high-resolution LTPS displays, up to 367ppi (pixels per inch) resolution density, in sizes ranging from 3.3-inch to 4.0-inch with resolution formats ranging from Wide VGA (480 x 864) to HD (720 x 1280). In addition, these displays will demonstrate advanced technologies such as high-contrast (up to 1,500:1), high-color (up to 92% NTSC), and wide viewing angle (up to H/V 176º/176º). The displays are just a few representative examples of TMD’s broad line of thin and light displays for mobile smartphones and other portable electronic devices.”

With mass production of these displays rumored to start in Q3 of this year, it’s safe to assume that the displays won’t be present on the upcoming iPhone 5/iPhone 4S, but rather the sixth-generation iPhone (iPhone 6).

Furthermore, the new display could cause some issues for iOS app developers since the aspect ratio of the iPhone is currently 1.5:1, a 720p display would have an aspect ratio of 1.77:1. But, if the 720p display does end up becoming a reality (fingers crossed), we’re sure Apple will find a way.

What do you think about a 720p display on the iPhone in the future?