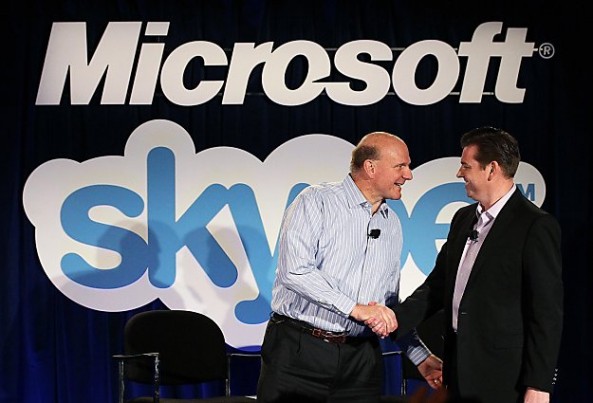 You can rest easy. Microsoft’s CEO, Steve Ballmer, has confirmed that the company will “continue to invest in Skype on non-Microsoft client platforms.”

As we previously reported, Microsoft has acquired Skype to the tune of $8.5 billion. The technology juggernaut plans on implementing Skype’s VoIP technology into its Windows Phone 7 platform, but the company also states that it will continue to support Skype on non-Windows platforms.

“Microsoft CEO Steve Ballmer today promised that the company would continue to develop and support Skype on rival platforms.

We will continue to invest in Skype on non-Microsoft client platforms,” said Ballmer during a news conference announcing the company’s plan to buy chat and Internet phone software maker Skype for $8.5 billion.”

Skype currently has clients on 6 different mobile/desktop operating systems, so it’s relieving to hear that Microsoft has no plans to abandon support for the non-Windows clients.

When Microsoft’s acquisition of Skype was announced, iOS and Mac users became immediately concerned that Skype’s Apple-friendly apps would be abandoned. It is important to remember that Microsoft has not neglected Apple’s platforms in the past.

“Ballmer was adamant that the new Microsoft Skype division would not ditch owners of iPhones, Android smartphones, Macs and more.

“A, I said it and I meant it,” said Ballmer when a reporter asked for assurances that Skype would continue to be available for operating systems and devices not sold by Microsoft. “B, we’re one of the few companies with a track record of doing this,” he added, citing Microsoft’s work on Mac OS X, where it develops and sells a Mac-specific version of its Office suite.”

The real question to ask is this: How will Microsoft change the Skype app? Will it be renamed? Will the interface be revamped?