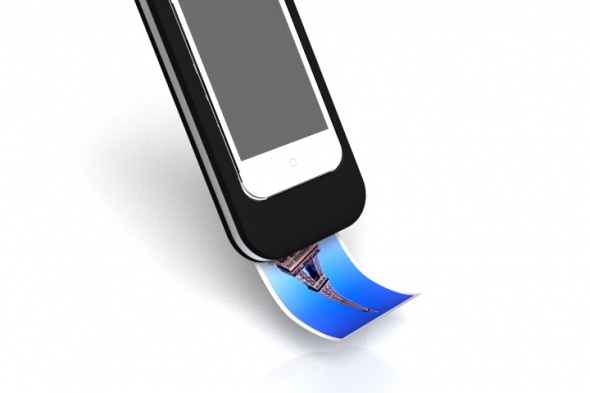 Mac Funamizu is a freelance designer. He has a blog where he posts concept designs and some pretty cool wallpapers. TUAW reported on his latest project this morning and I must say, it’s very interesting.

Remember those Polaroid cameras that printed out a photo right after you snapped it? Sure the picture came out white and you had to fan it for a bit, but essentially you had a photograph almost immediately…

That seems to be what inspired Funamizu’s Sophi concept. The dock/case connects to the iPhone via the charging port, and houses a color printer. Photos can be printed along with geo-location data, as well as a QR code that links to a 3rd party website like Flickr. 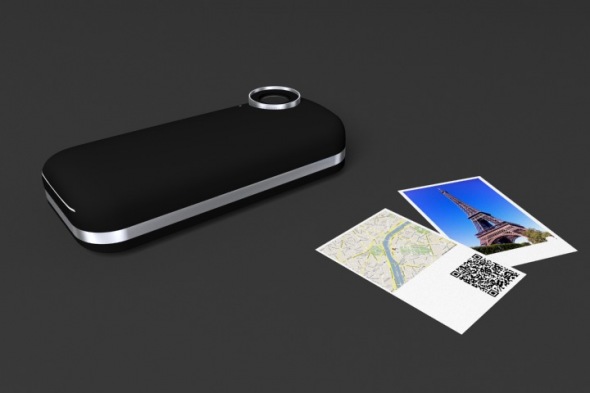 It’s kind of surprising that a product like this isn’t already on the market. I remember seeing a receipt printer years ago, that you could pair with PDAs and it hung from your belt. Maybe in this age of DropBox and AirPrint, there just hasn’t been a demand for portable printers. You’d think a company like Square would be interested in something like this though. Imagine an all-in-one iPhone case with a card reader and a receipt printer.

Since this is just a concept design, I wouldn’t expect to see this product at the local BestBuy anytime soon. There is a lot involved in taking a concept from a drawing to consumer shelves. I do think this is pretty clever though, and would be fairly popular if it ever found its way to market.