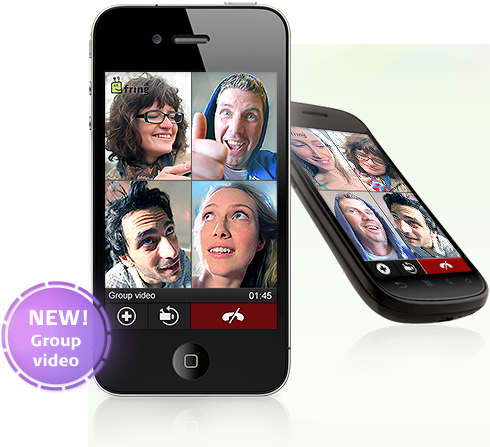 Earlier this month, we told you that the popular video chat client, fring, was adding four-way video conferencing to its iPhone app. This new feature would allow cross-platform video conferencing with up to four different calls at once.

Fring has been beta testing this groundbreaking feature for awhile, and the update has now been officially added to the iPhone app in the App Store. This is the first time that you’ve been able to do group video calling on the iPhone.

You can now video chat with up to three friends (for a grand total of four people) over 3G and Wi-Fi. Because fring is also available on Android, you are not limited to just the iPhone for video conferencing through fring.

Fring has beat its main competitors, Apple and Skype, to the punch with this new feature. Apple intends to add group video calling to FaceTime, but has yet to do so.

If anything, fring deserves attention for being the first out of the gate with such a feature. Also, the fact that the app is also available on the two biggest mobile operating systems is something impressive.

Fring is available for free in the App Store. The group video calling feature is free as well.

Do you find group video chat appealing? It could be used for a number of scenarios. Team meetings could become so much easier with this type of technology.