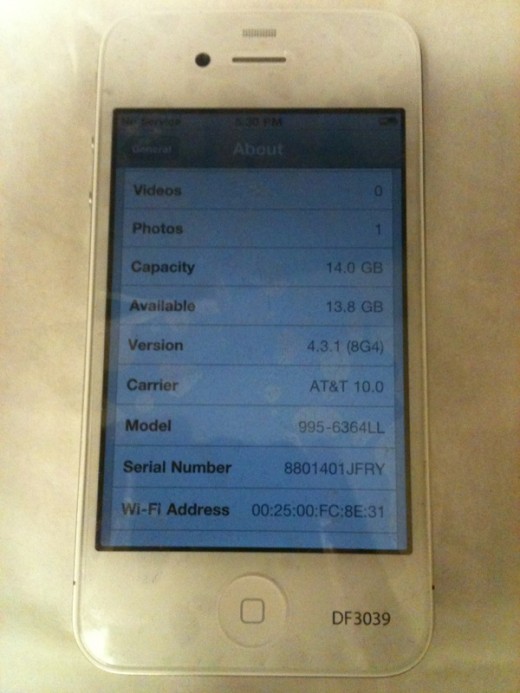 Either there are some really good counterfeits out there, or Apple is having serious problems holding onto their prototypes. In the past few weeks we’ve seen multiple snapshots of different unreleased iPhone models in the wild.

We saw the video of one running an unreleased version of iOS from Vietnam and then a gallery of snapshots of another on BGR. Now, 9to5Mac has discovered another prototype making its way around the internet. This time, the source is eBay, and their not just offering leaked photos, their offering the whole phone…

The person who posted the auction, ticiamattia23, titled the listing, ‘Collectible White iPhone 4 (Executive Version) Prototype.’ While he does have a feedback score of 100%, he has only been graded on 3 transactions. What might be even crazier than the auction itself is the starting price, $2000. And someone has already bid on it.

“Hello! I have a mint condition Executive iPhone 4 that has not been introduced to the public. The phone has no Serial number written on the back. It shows XXGB and Serial Number shows XXXXXXXXXX. You have to go through the settings in order to view the SN. The number shown in the display says 8801401JFRY (I believe that the phone belongs to an Apple Developer by the name of Jeffrey.)”

The phone certainly looks authentic, Ticiamattia23 posted multiple photos of the device and screen shots of the About window in iOS. It appears to be a 16GB model running iOS 4.3.1. 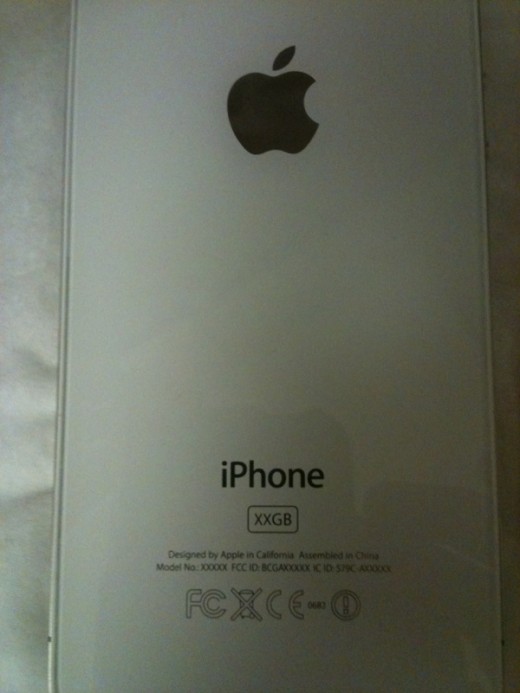 While the phone appears to be legit, the poster doesn’t mention how he came by the device. It’s also kind of odd that the listing is in Computers & Networking > Other. Typically, iPhones are posted in the Cell Phones & Smartphones category.

What’s even more disturbing is that the same eBay user has bid on the device three times. Also, it’s really not cool that the seller mentioned the Apple developer he got the device from in the product description. Take this one with a grain of salt, folks.

I have to admit, it’d be cool to own a white iPhone prototype after all of the trouble it caused. I’m wondering what type of insides this mystery phone has. Does it have the A5? Will the phone that Apple releases on Wednesday have upgraded hardware? I guess we’ll just have to wait and see.

What do you think? Would you bid $2000+ on such a mysterious part of Apple’s history?