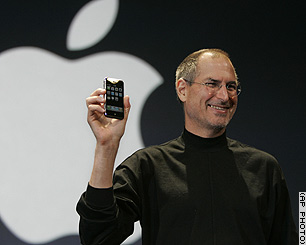 It might seem like the rumor mill is working over time on Apple’s next smartphone, but it’s really nothing new. Up and coming Apple products typically garner a lot of attention.

There is a ton of speculation about the next iPhone flying around the internet, but none of it has been confirmed. Without an official announcement from Apple, all the tech junkies and investors have to go on are the rumors…

AppleInsider is reporting that Ming-Chi Kuo with Concord Securities issued a note to investors this morning with some information on the iPhone 5. His checks with Apple supply chain sources provided some interesting details about the device’s release date and appearance.

We’ve heard over and over again that the next iPhone is going to be delayed past its usual summer launch date, and Kuo seems to agree. His sources told him that the iPhone 5 is set to start trial production in August and then mass production in September.

What was even more interesting about Kuo’s note was the information regarding the hardware. He states that he is hearing the iPhone 5 will include the iPad 2’s A5 processor and 8MP camera. It will also have a Qualcomm baseband for both GSM and CDMA models with an updated antenna.

Kuo’s sources commented that the new iPhone would be very similar to the current design. (Sound familiar?) Kuo believes that iOS 5 will be the next major selling point for the iPhone due to its similar iPhone 4 design.

His sources told him that the sixth-generation iPhone will be an all new design with greatly improved hardware specs. They even think that Apple will try to release it in the first half 2012 due to fierce Android competition.

Although Kuo’s statements are pretty bold, many of them do line up with previous reports. The Concord Securities analyst has a fairly good track record, correctly predicting iPad 2 details. He has also previously weighed in on a possible April white iPhone 4 release date.

Whether you choose to fall into the gossip pool is up to you. I think the entire process of supply chain leaks is fascinating, and would make for a good made-for-TV movie. Whatever the case, we’ll certainly know more this June. The only problem is having to wait that long.

Do you think the next iPhone will be similar to its predecessor? If it is, would you hold out for an iPhone 6?