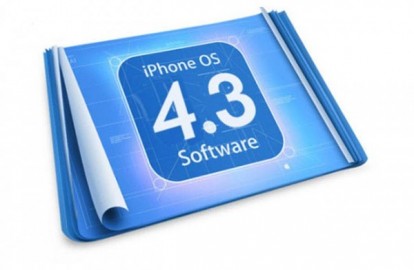 It’s been less than three weeks since Apple officially released iOS 4.3.1, and now there are already reports coming in that iOS 4.3.2 is just around the corner.

According to Boy Genius Report,  Apple is scheduled to release iOS 4.3.2 “within the next two weeks.” BGR’s source claims that the update will bring a few enhancements, address security issues, and it will also fix several bugs that have affected users.

“It’s said to include a few enhancements, address security issues, and it will also fix several bugs that have affected users. We’re told to expect the software update for the iPhone, iPod touch and iPad in about two weeks.”

Results from our poll late last month suggest that several of our readers are still experiencing battery issues with iOS 4.3.1, so hopefully Apple puts an end to the battery woes with iOS 4.3.2. As far as the “security enhancements” iOS 4.3.2 brings, it will most likely patch the recently released RedSn0w jailbreak exploit for iOS 4.3.1.

So if you don’t want to lose the ability to jailbreak your iDevice, steer clear of the iOS update once it is released.