For once, it’s not Apple facing litigation, but developers of apps in its popular App Store. BGR reported yesterday that New Jersey Federal Prosecutors are starting to get serious about their investigation with popular smartphone applications. The inquisition is looking to determine whether some app developers are in breach of Federal Law.

The post claims that a criminal investigation is underway by a federal grand jury on certain mobile applications. These apps are suspected of violating the Computer Fraud and Abuse Act with their methods of collecting and transmitting user’s personal data…

The reports come in wake of some interesting news from Pandora Media on Monday. In a Securities and Exchange Commission filing, the popular music streaming service disclosed details surrounding a subpoena they received earlier this year regarding the Computer Fraud and Abuse Act investigation:

“In early 2011, we were served with a subpoena to produce documents in connection with a federal grand jury, which we believe was convened to investigate the information sharing processes of certain popular applications that run on the Apple and Android mobile platforms. We believe that similar subpoenas were issued on an industry-wide basis to the pulbishers of numerous other smartphone applications.”

While Pandora Media was subpoenaed in the case, they were also informed they were not the target of the investigation. Pandora’s internet radio app has been a popular topic in user privacy debates for quite some time.

The Wall Street Journal reported back in December of 2010 that Pandora’s popular iPhone and Android app transmit information about phones, their users, and their locations. This information was then made available to outsiders, including advertising networks.

WSJ actually tested 101 apps for the article and found that 56 of them transmitted the phone’s device ID without the user’s knowledge or consent. Of the apps analyzed, 47 transmitted the user’s location, and 45 apps didn’t provide Privacy Policies inside the app or corresponding websites. I wonder what the numbers look like amongst jailbroken apps.

It’s actually kind of scary to think that your personal information is being collected by companies without your knowledge. Apple’s self-proclaimed “magical” devices might be a little too good at hiding the technology. Although there are several applications that prompt you when they are requiring location information, I’ve never seen one that warns you that your MEID is being recorded. 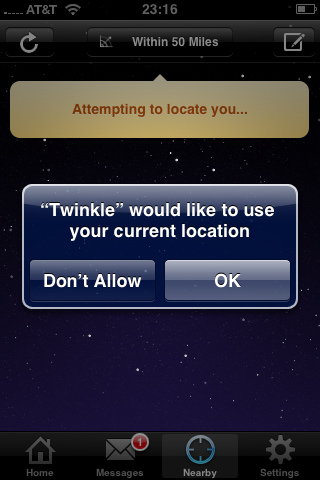 Some data collection is necessary to keep our smartphone experiences pleasant and streamlined. Saved login info and bookmarks are just a few ways user info can be used constructively. Regardless, users should be informed on what type of information each app is collecting. Apple could make it mandatory for developers to include in the app’s About section.