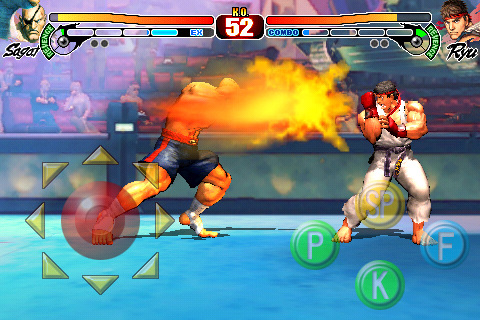 Capcom, the Japanese game publisher that’s perhaps best known for its Street Fighter series, is engaging in one of the most important fights in the company’s storied history — the fight for survival.

After the devastating earthquake and tsunami hit the island in an almost unbelievable proportion, Capcom is doing what it does best to help those in need — it’s letting characters from its most famous franchise do the fighting.

Today, the company dropped the price of Street Fighter IV for the iPhone to $0.99 and promised to donate all proceeds of the sales to relief efforts in Japan…

Along with the company’s generosity by means of App Store proceeds, Capcom will also limit the operation of its Japanese offices in order to conserve needed energy.

Of course Capcom is just the latest company to extend its support to those in need as a result of the terrible disaster that has devastated the Land of the Rising Sun.

Sympathy and condolences continuously pour out from the hearts of all iDB staff, and from our readers as well.

If you’d like to help Capcom support the cause, you can purchase and download Street Fighter IV here. Remember, if you purchase before March 22, all proceeds will go towards relief efforts in Japan.